The year 2017 was marked by some heavy goodbyes, with world champions for Spain, Germany and Italy bidding farewell to the football pitches. 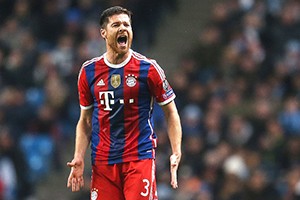 Xabi Alonso will never be forgotten for his time in La Roja.

Xabi Alonso achieved great deeds in throughout his football career, both for club and country. The midfielder has won several titles in Spain, England and Germany. He was European champion for Liverpool and Real Madrid, and was part of a generation that will never be forgotten in La Roja. In 11 years for the Spanish National Team, Xabi Alonso has conquered two Euros, 2008 and 2012, and one World Cup, 2010. He decided that his time as a player had come to an end at age 35, before he was forced to retire because of his age. Xabi Alonso left the football pitches at the highest level, playing for Bayern Munich.

Pep Guardiola said one day that Philipp Lahm was the smarter player he worked with. A compliment from a coach who, in his short career, has already commanded some of the best players in the world. Lahm always justified on the pitch the words of Guardiola. He played as left-back, right-back, defensive midfielder, right midfielder.. with his talent, he seemed to be able to play anywhere on the football pitch, always at the highest level.

Lahm bid farewell with a five-time Bundesliga tittle, a title he has won three more times, and as Bayern Munich captain. He also won a Champions League and six DFB-Pokal, among other tittles, but his prime came with another shirt. In 2014, in Brazil, Lahm raised the World Cup as captain of the German national team, the team responsible for the heaviest defeat in the history of the Brazilian national team. Philipp Lahm bid farewell with his name written among the greatest in history of his position on the pitch. 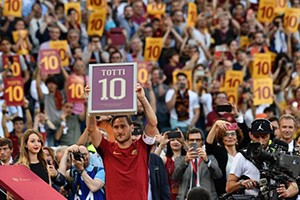 Totti and Roma, the symbol of true love for a club and its fans.

Players often build their career in search of titles, money and international fame. Francesco Totti went other way. Totti exchanged all this success for a lifetime in his club of heart. He was World Champion with the Italian national team in 2006, but in his football history that seems like a small detail. For a whole generation (or many generations) talking about Roma meant talking about Totti, and talking about Totti meant talking about Roma. He spent 24 years in service of La Maggica, spanning three decades, in moments of joy and in moments of sadness, much more common, considering that Totti has only won one Serie A title. Il Gladiatore, nicknamed by Roma fans, could have made the easy choice, he could have answered the call from Real Madrid and so many other clubs.

But football is not only about conquests, and whoever watched Totti’s farewell from the football pitches realized it in the watery eyes of a whole stadium. In Rome, Totti is synonymous of eternal love.

Andrea Pirlo was already preparing his farewell in recent years when he decided to play for New York City FC, already far from his physical peak. Perhaps for this reason the announcement of his retirement was not so painful. But Pirlo left the football pitches without leaving substitutes. With a unique style, Pirlo commanded his teams far from the opposition’s area, a creative force that started the plays in a defensive area. The influence of Pirlo can be felt in the Italian national team, for which he was World Champion in 2006, and also in his success in AC Milan and Juventus.

When he bid farewell from La Vecchia Signora in 2015, the midfielder had won the last five Seria A titles in a row, one of them still with the Rossoneri, where he also won two Champions League. 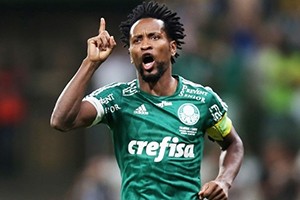 Zé Roberto, a symbol of longevity in football.

Zé Roberto has become a symbol of longevity in football. In a sport where players are increasingly dubbed “old”, the versatile athlete bid farewell at the age of 43, and still performing at the highest level. His prime may have been far off, probably in the past decade, in his days of Bayer Leverkusen and Bayern Munich. Still, Zé Roberto proved that with dedication and professionalism, he was able to achieve good performances despite his age. In service of Palmeiras, in his last act, he still won the Brazil Cup in 2015 and the Brasileirão in 2016. In his last season, he still had strength to endure 34 matches for the Alviverde.

Maxwell may have never been the protagonist, but he has been successful in all the teams he has gone through, and he won titles, many titles, in the Netherlands, Italy, Spain and France. In total, he won 35 titles, including a Champions League, two Club World Cups, four Ligue 1 titles, three Scudettos, two Liga BBVA and two Eredivisie titles, not to mention the numerous Cups and Super Cups across all these countries. The left-back the football pitches as one of the most victorious in the history of football. 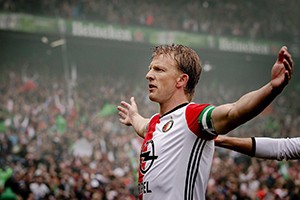 Dirk Kuyt fulfilled his dream of being champion with Feyenoord, breaking an 18-year fast at the club.

Dirk Kuyt has never been a football star, but he was respected wherever he went. The dutchman, who became internationally known for his time in Liverpool, was rewarded with a dream ending career. Kuyt returned to Feyenoord in 2015 with the aim of being champion for the club where he became famous in the football world. He had to settle for a third place in his first season, but best was reserved for the end. The so desired Eredivisie title came in his last match for Feyenoord in 2017, ending a fasting at the club that lasted for 18 years. Kuyt made “just” the three goals in the decisive victory in the Eredivisie last matchday.  A film script for the Dutch forward.

Martín Demichelis had a career marked by conquests. From the beginning, the centra-back discovered the sensation of being champion. He liked it, and did not stop. For River Plate, from 2000 to 2003, he was a champion of the Clausura three times, in addition to an Apertura title. For the Bavarians, he lived a victorious period of the club, where he won four Bundesliga titles, four DFB-Pokal, two League Cups and one Super Cup.

After that, the defender still won two League Cups for Manchester City in England, as well as one Premier League title. Last season, he finished his career at Malaga. His arms were tired of raising trophies, but it was his legs that could not stand it any longer. 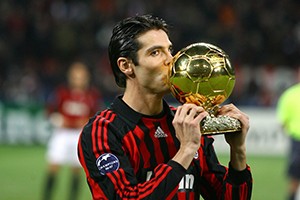 Kaká was the last “mortal” to win the Ballon d’or. After him Ronaldo and Messi monopolized the award.

At age 35, after three seasons with Orland City, Kaka decided that the time to leave the pitch had finally arrived. A very successful career, but that has long been in decline. After a promising start to his career in São Paulo, Kaka was still young for the Brazilian national team and although he played only one match, he was World Champion. He ended up shining for AC Milan, where he lived his prime. Kaká can boast about being the last “mortal” to win the Ballon d’or, in 2007, when he won the Champions League. After him, Cristiano Ronaldo and Lionel Messi monopolized the awards.

Hired as a big star by Real Madrid, Kaká suffered from injuries that compromised his performance on the pitch. He was never the same again, but he still stayed four years in the club before returning to Milan and then to São Paulo for short passages, signing for Orlando City in 2015, already preparing for the end of his career.

Tomás Rosicky was the last one on the list to announce his retirement. At 37, the Czech midfielder acknowledged that he had no more physical conditions to play at the top level and decided to stop at Sparta Prague, the same club that introduced him to football. Rosicky is a typical case of a talented athlete who has not fulfilled his full potential due to the injuries. The midfielder stood out at Sparta before moving on to Borussia Dortmund, where he was German champion, but was internationally recognized for his time at Arsenal.

In his 10 years for the Gunners, he never stopped fighting the injuries and even spent a year away from the pitch. In the end, Rosicky lived great moments in his career, but leaves the impression that he could have been even more successful.