The so awaited final between Ajax and Manchester United will finally take place at the Friends Arena, in Stockholm, where not only is the trophy at stake, but also the qualification for the Champions League next edition. Ajax have been showing a great form in the competition and have already eliminated some heavy-weights, always showing a great offensive football and presenting a very young squad. Manchester United, on their turn, had a lot of difficulties in the semi-finals in order to take out Celta de Vigo, but have always shown a great defensive organization throughout the competition.

Ajax have been making a very good campaign throughout this competition, starting by qualifying as leader of Group G, and taking out of their way teams like Legia Warsaw, FC Copenhagen, Schalke 04 and Lyon. The dutch’s were overwhelming at home, winning all the 7 matches at the Amsterdam Arena, and showed a beautiful offensive football, combining a huge offensive capacity with a great defensive organization, scoring 15 goals and conceding 3 in the process. However, the same good performances aren’t happening when they play away from their territory, wining only 1 of 7 matches, losing 3, with 9 goals scored and 12 conceded. Since the Eredivisie ended in May 14, Ajax’s coach, Peter Bosz, had the luxury of  resting his squad and had plenty of time to prepare for this tie.

The Sons of the Gods shown a great offensive capacity throughout the competition and arrive here with a very young squad, with their offensive trident being composed by Kasper Dolberg, Traoré and Younnes, with the latter being the oldest of the three, 23 years old. The dutch’s also show weaknesses in avoiding individual errors and in stopping opponents from creating chances. They are adepts of a possession football, short passes and are used to control the game in the opposition’s half, and usually attack through the middle or through the left side, being also experts in offensive set pieces, shooting from direct free kicks, creating chances through individual skill and in creating chances using through balls. Their three forwards are all very fast and very talented, with Kasper Dolberg being the 4th top scorer of the competition, with 6 goals scored, and Traoré the most influent player of the team, with 4 goals scored and 4 assists executed. Ajax’s offensive power will be put to test here, against one of the best Europe’s defense.

In their last 5 official games, Ajax has a record of 3 victories and 2 defeats. This sequence of results started with a 1-0 away defeat against PSV. This result was followed by a 4-1 home victory against Lyon, for the Europa League, a 4-0 home win over Go Ahead Eagles, a 3-1 away defeat against Lyon, for the Europa League, and in their last clash, a 1-3 away victory over Willem II. Nick Viergever is out due to suspension, while Sinkgraven should also be out due to injury. 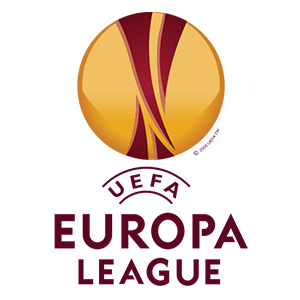 Manchester United, on their turn, weren’t able to perform as good as their opponents did, starting the competition by qualifying in 2nd place of Group A, and eliminating teams like Saint-Étienne, FK Rostov, Anderlecht and Celta de Vigo. At Old Trafford, United has won 6 of their 7 matches, drawing the other one against Celta de Vigo in 2nd leg of the semi-finals, where they had great difficulties in getting to this final, having to thank John Guidetti for missing a great chance with a opened goal in the last seconds of the game. Away from home, the Red Devils won 3 matches, losing 2, and scored 7 goals while conceded 5 in the process. Unlike Ajax, Manchester United didn’t had the luxury of having plenty of time to prepare for this final, having a much more busy schedule and playing the last Premier League round on Sunday, where they won 2-0 against Crystal Palace in Old Trafford.

José Mourinho’s men show one of the best defensive organization in Europe top 5 leagues, with the portuguese coach being very experient in finals and knowing that the minimum detail can be decisive. Besides that, wining the Europa League is imperative for José Mourinho, in order to get to the next season’s Champions League. The Red Devils have very experienced players in european competitions and are experts in defensive organization. However, they aren’t as good as their opponents in the offensive process, lacking efficiency in finishing scoring chances. However, they are strong in creating chances using through balls, creating long shot opportunities and in creating chances through individual skill. José Mourinho rested most of his key players against Crystal Palace and the Red Devils arrive here at full strength. Mkhitaryan, Herrera and, especially, Rashford, are all in great form.

In their last 5 official games, Manchester United has a record of 1 victory, 2 draws and 2 defeats. This sequence of results started with a 2-0 away defeat against Arsenal. This result was followed by a 1-1 home draw against Celta de Vigo, for the Europa League, a 2-1 away defeat against Tottenham, a 0-0 away draw against Southampton, and in their last round, a 2-0 home victory over Crystal Palace. Marcos Rojo, Ibrahimovic, Luke Shaw and Ahsley Young are all out due to injury, with Eric Bailly also out, but due to suspension.

Each team has won 1 of the last 2 direct clashes in the last 40 years.

As it is expected from a final, this shall be a very intense clash between two teams who desire this title a lot, and which gives direct qualification to the next edition of the Champions League. Ajax have a huge offensive power, while United is amazingly good at defending, what will certainly will equilibrate the things a lot. However, both teams have very talented players attackers and it is to expect a match with chances at both sides of the pitch.