AS Monaco and Nice are up against each other on Tuesday night, at the Stade Louis II, for the 21st round of the Ligue 1. For the second time in a week, Monaco will be facing Nice, having won against them last Tuesday for the League Cup quarter finals, and now with Lyon and Marseille on their tail, the monegasques can not afford to drop more points. Nice, on their turn, are flying in the league with five victories in their last six matches.

AS Monaco are in 2nd place with 42 points, from 13 victories, 3 draws and 4 defeats, with 46 goals scored and 19 goals conceded. The monegasques are undefeated in their last 7 matches in all competitions, and although they are already out of the european competitions, they managed to qualify for the League Cup semi-finals and for the Coupe de France round of 32. As for their momentum in Ligue 1, the Princes of Monaco won 4 of their last 5 games, tying the remaining away to Montpellier, a draw did not cost them the 2nd place in the league table thanks to Lyon’s draw against Angers.

Leonardo Jardim’s men are the 3rd best attack and the 3rd best defense in Ligue 1, with Radamel Falcao standing out for being the 2nd top scorer in Ligue 1, with 15 goals scored. Adding to this, Monaco have also won 8 out of 10 Ligue 1 home matches, scoring 28 goals and conceding only 9 in the process. With Lyon and Marseille on their tail, the monegasques can not make it easy here and need to secure the 3 points, or they might lose the Champions League qualification spot.

In their last 5 official matches, Monaco has a record of 4 victories and 1 draw. This sequence of results started with a 0-4 victory against Saint-Étienne. This result was followed by a 2-1 victory over Stade Rennais, a 2-5 victory against Moulins-Yzeure, for the Coupe de France, a 1-2 victory against Nice, for the League Cup, and in their last match, a 0-0 draw away to Montpellier. Tielemans, Boschilla and Adama Traoré are all out due to injury. Nice, on their turn, are in 6th place with 30 points, from 9 victories, 3 draws and 8 defeats, with 25 goals scored and 29 goals conceded. The victory in the last round against Amiens ended a four-game winless run in all competitions, with the team already out of the Coupe de France and the League Cup, but still in the Europa League round of 32. As for their momentum in the Ligue 1, Les Aiglons are unbeaten in their last 6 consecutive matches, with only one defeat in their last 9 games.

The team are getting stronger as visitors, they have not lost any of their last 4 away league matches, winning 2 and drawing 2, with 6 goals scored and 4 goals conceded. Lucien Favre’s men are already too far from european spots, with 11 points separating them from 4th placed Marseille, so it will be necessary to continue this good moment if they still dream in taking part in the european competitions next season.

In their last 5 official matches, Nice has a record of 1 victory, 2 draws and 2 defeats. This sequence of results started with a 1-1 draw away to Lille. This result was followed by a 1-1 draw away to Lille, this time for the League Cup, a 1-0 defeat against Toulouse, a 1-2 defeat against AS Monaco, for the Coupe de France, and in their last match, a 1-0 victory against Amiens. Le Bihan, Lusamba and Souquet are out due to injury.

AS Monaco have won 5 of their last 8 direct confrontations, losing the remaining 3.

Playing at home and under pressure from Lyon and Marseille, Monaco have no choice but to win or they might lose 2nd place. Monaco struggled in Saturday’s draw against Montpellier, but the returns of Moutinho and Falcao should boost the hosts’ chances in attack. 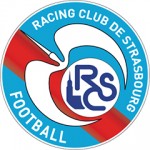