After the heavy 3-0 defeat in the first leg, at Santiago Bernabéu, Atlético Madrid now host Zinedine Zidane’s men at Vicente Calderón, in a game referent to the second leg of the Champions League semi-finals. Atlético Madrid lost at the hands of their neighbor in the previous fixture and are close to being eliminated once again at the by the Merengues. Real Madrid, on their turn, putted in an immense performance in the first leg, and in order to being eliminated here they would have to concede at least 4 goals without netting none, something that doesn’t happen to them, in this competition, since 2009.

Atlético Madrid made a good start in the competition, starting by qualifying as Group D leaders, ahead of Bayern Munich, ant taking Bayer Leverkusen and Leicester City out of their way. However, the Colchoneros found Real Madrid for the 4th consecutive year in the competition, including 2 finals, and were always eliminated by them. Atlético Madrid now need to do one thing, something almost impossible, which is netting 3 or more goals against Los Blancos, without conceding none in the process, in order to keep alive their dream of reaching the final. Diego Simeone continues with an headache on the right side of his team, with both of his pure right backs injured. It is important to highlight that in their 5 games played at home ground, in this competition, Atlético Madrid have only conceded 1 goal, scoring 6 in the process.

As the Colchoneros weren’t able to score a single goal in the first leg, their job here becomes harder. It is a fact that Atlético Madrid beat 4-0 Real Madrid in February 2015, but it was a different time and the Merengues arrive here in high form and very motivated. With these semi-finals almost lost, Atlético have little to lose so they will have to adopt an offensive strategy and press Real Madrid in their own midfield, and should take as much advantage as possible of their offensive strengths, which are creating long shot opportunities, attacking down the wings, creating chances using through balls and through individual skill, with players like Griezmann, Carrasco, Gameiro, Ñíguez, among others, all capable of making the difference at any moment.

In their last 5 official games, Atlético Madrid have a record of 3 victories and 2 losses. This sequence of results started with a 0-1 away victory against Espanyol. This result was followed by a 0-1 home defeat at the hands of Villarreal, 0-5 away win over Las Palmas, 3-0 away defeat against Real Madrid, for the Champions League, and in their last clash, a 1-0 home win over Eibar. Juanfran, Vrsaljko and Giménez are all out due to injury. 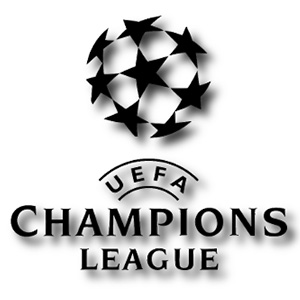 Real Madrid, on their turn, qualified as 2nd placed in Grupo F, and took Napoli and the mighty Bayern Munich out of their way, but their best performance this season, in all competitions, was, without a doubt, in the first leg of these semi-finals, where they completely dominated this opponent and were rewarded in the end with a strong and comfortable win by 3-0, with Cristiano Ronaldo scoring an hat-trick. Now, this should be a tough 90 minutes at Vicente Calderón, where it is predictable that Atlético Madrid enters with full strength, pressing high up on the field, and try to overturn the qualifier. Despite Real Madrid has already been defeated by 4-0 in this stadium, in February 2015, something like this doesn’t happen to them in the Champions League since March 2009, against Liverpool, and it definitely won’t happen this time, with the squad arriving here fresh and motivated.

The Merengues were perfects in the first leg, where they pushed Atlético Madrid against their own penalty area, with the Colchoneros having great difficulty in leaving their 18-yard box. In spite of being hard to do the same here, Los Blancos shouldn’t come here with a defensive mind. Very fast and very, very dangerous in counterattacks, strong in attacking down the wings, in set pieces, with great finalization power and with talented players capable of making the difference at any momento, like Cristiano Ronaldo, Isco, Asensio or Morata, among others, Merengues have what it takes to score, at least, a goal in this tie and erase any hope of Atlético Madrid’s qualifying.

In their last 5 official games, Real Madrid have a record of 4 victories and 1 defeat. This sequence of results started with a 2-3 home defeat at the hands of Barcelona. This result was followed by a 2-6 away win against Deportivo, 2-1 home win over Valencia, 3-0 home win against Atlético Madrid, for the Champions League, and in their last clash, a 0-4 away win over Granada. Pepe, Gareth Bale and Carvajal are all out due to injury.

Atlético Madrid has only won 1 of their last 8 direct confronts, drawing 4 and losing the remaining 3.

With few chances of progressing to the final, Atlético Madrid will have to give everything they have in this tie and try to score a few goals without conceding. Although the Colchoneros might be able to score, the fact that they might assume an offensive posture will allow Real Madrid to take advantage of the space they leave behind and counterattack.