Australia and Peru get the last two vacancies

Australia and Peru have secured the last vacancies for the 2018 World Cup next summer, with South American side winning over New Zealand, and with the Australians beating the Honduran national team. 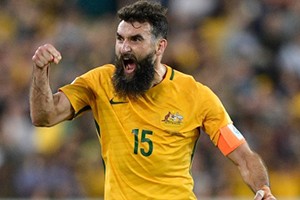 Jedinák secured passage to Russia in 2018.

It was on Wednesday morning that Australia managed to be qualified for the 2018 World Cup at the expenses of Honduras, winning this second leg by 3-1, after having drawn first leg by 0-0. This is the Australians 5th all time presence in a World Cup, and their 4th consecutive presence (1974, 2006, 2010 and 2014). After a 0-0 draw in Honduras, this second leg was decided in the second half in set pieces. In 54th minute, Mile Jedinák scored the first goal of Wednesday morning in a free-kick, with the ball taking a little deflection in Henry Figueroa.

After that, in the 72nd and the 85th minutes Jedinák scored two more goals, both on penalties, and decided the play-off. In the last moments of the game, Maynor Figueroa scored the goal of honor, in the 90th minute, but is was no use and the Honduras are out of the 2018 World Cup after having participated in the competition in 2010 and 2014.

After 36 years, Peru is finally back in a World Cup 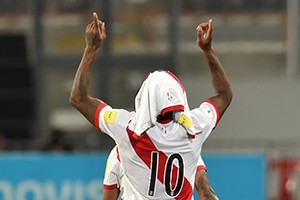 After a 0-0 draw in the first leg, it was at dawn on Thursday that Peru were able to qualify for the 2018 World Cup, beating New Zealand and guaranteeing their first presence in the competition after 36 years. The Peruvians won the tie by 2-0 in a game that turn out to be one way, and got they first glimpse of joy in the 28th minute, with one of the team’s main star to score the first goal. Lokomotiv Moscow player Jefferson Farfán, who has also played for Schalke 04 and PSV, received a pass from Cueva inside the penalty area and scored the first goal of the game.

In the 65th minute was the central defender Christian Ramosa who sealed the tie, taking advantage of a lost ball inside the penalty area after a corner kick and did not waste the opportunity to make the 2-0. With this victory, Peru secured their 5th presence in a World Cup. Since 1982, in Spain, that Peru has been absence in the competition and will go directly to Pot 2 of the raffle of the event.