Two of the most powerful South American’s national teams will face each other this Friday morning at Melbourne Cricket Ground, in Melbourne, with Brazil and Argentina facing each other in a friendly match. The Brazilians have already secured a place in the 2018 World Cup, in Russia, after an amazing streak of eight victories in a row in the 2018 World Cup qualification. Argentina, on their turn, went through an awful form and disappointed their own people, which resulted in Jorge Sampoli’s hiring, and there is now a lot of excitement about the side that was missing under Edgardo Bauza.

Brazil have already played three matches this year, one of them was a friendly match, and won all of them, beating Colombia, Uruguay and Paraguay. The Little Canary are in a superb form at the moment, and proof of that is the presence they have already secured in the 2018 World Cup in Russia, being leaders of the South America qualification rounds for the World Cup with 33 points, 9 points above 2nd placed Colombia, and there are still 4 rounds yet to be played.

The talent and quality in this national team is absolutely monstrous, with Brazil having some of the best players in the world. Brazil are flying high under the stewardship of Tite, who will use the next year to tweak and test options ahead of a World Cup tilt, and the Brazilian coach as left a number of first-choice players out of his squad here, so it’s a slightly experimental XI. However, there are still players like David Luis, Filipe Luis, Alex Sandro, Coutinho, Willian, Fernandinho, Douglas Costa and Gabriel Jesus who were called up for this friendly match. 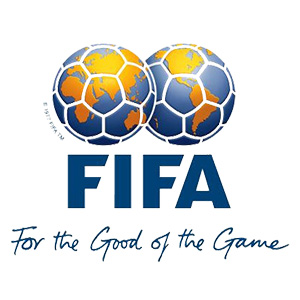 Argentina, on their turn, arrive here with two matches played this year, none of them were a friendly match, wining against Chile and losing, surprisingly, against Bolivia. La Albiceleste are in 5th place in the South America qualification rounds for the 2018 World Cup, with only 22 points, and this 5th place is the play-off spot. With only 2 victories in their last 7 consecutive 2018 World Cup qualifications matches, Argentina were going through a very awful moment, which led to Edgardo Bauza’s firing, and then hiring Jorge Sampoli, ex-Sevilla coach.

With Argentina under new management, the expectations are very high now, with this national team having Leo Messi on their side, one of the greatest players who have ever lived. There are more great players who were called up for this friendly match, such as Otamendi, Ángel Di María, Banega, Biglia, Dybala, Higuaín, Icardi, among others. There is also plenty of new blood in the squad, with Manuel Lanzini and Papu Gómez among those hoping for debuts, and Mauro Icardi and Joaquín Correa are options if the Juventus contingent are fatigued following their Champions League exertions.

Brazil has won 4 of their last 8 direct confronts, drawing 2 and losing the other 2.

Don’t be wrong, there’s no such thing as a friendly between Brazil and Argentina. Although Jorge Sampaoli will try to get a good result against a huge national team in his debut, the most likely thing to happen is that both teams get on the scoresheet, given their huge talent in each offensive sector. 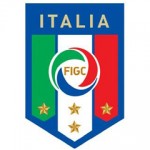