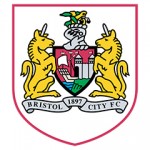 Bristol City and Manchester City are, once again, up against each other on Tuesday night at Ashton Gate Stadium, this time for the 2nd leg of the EFL Cup semi-finals. Bristol City come here at the back of a very poor run of results, they are winless in their last six consecutive games, losing 5 of them, but they did put up a good fight in the 1st leg of this competition. Manchester City, on their turn, recovered from their first defeat of the season in the Premier League with a victory over Newcastle, at the Etihad Stadium.

Bristol City are here after eliminating Plymouth Argyle, Watford, Stoke City, Crystal Palace and Manchester United in the previous rounds, reaching the semi-finals for the first time since 1988/89. After having taken four Premier League teams out of their way, the Robins are a team that deserves respect from their opponents, and they proved that in the 1st leg where they opened the scorer at the Etihad Stadium, but ended up conceding an injury-time winner to the Citizens.

Bristol City are not going through a positive moment of form, they have lost 5 of their last 6 consecutive matches, with the other one being a 0-0 draw in their last game, against Derby County. At home, the Robins have won 4 of their last 6 consecutive matches, losing the other two, scoring 9 goals and conceding 6 in the process. Bristol showed quality in the 1st leg against City and are still in the contest after stealing an away goal at the Etihad. The team will try to take advantage of the home factor in this 2nd leg.

Manchester City, on their turn, eached these semi-finals after eliminating West Bromwich, Wolverhampton and Leicester City in the previous rounds, putting themselves on the right track to win what may be their fifth title in the competition. More recently, the Citizens have won the 2013/14 and the 2015/16 editions. Pep Guardiola’s men faced a lot of difficulties to get a win in the 1st leg at the Etihad Stadium, scoring the winner already in injury-time, and now arrive here with a lot of respect for their opponent.

The Citizens are making a fantastic campaign this season and are completely dominating the Premier League, with a 12-point lead over 2nd placed Manchester United. Despite the absolute control they are showing over the english football, the Citizens have only won 2 of their last 5 away matches, losing one of them against Liverpool, having scored 9 goals and conceded 5 in the process, but have kept 3 clean sheets in those 5 clashes. Pep Guardiola would have wanted to kill the tie at home in the first leg, but only managed a 2-1 win, and will have a lot of work to do here.

Bristol City have lost their only 2 direct confrontations since 1980.

Bristol City need to turn the tie, and for that they can not adopt a defensive strategy. Still, and despite having won the first leg, Manchester City are not a team that sits back and defend the whole time, so they will try to score in order to increase their chances of qualification. Expect a very intense game with several chances at both ends of the pitch.