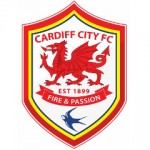 Saturday Arsenal visits Cardiff City and surely the French Manager spent the last few days warning his players not to repeat the mistakes both Manchester team made there. Malky Mackay’s squad is well-organised and motivated. Whatever happens they will put up a good fight.

Cardiff is heading to this second straight home fixture in very good spirits thanks to the last Sunday 2-2 draw with Manchester United. And the recent promoted team totally deserved the point for the relentless effort and quality team-work. Wayne Rooney and Evra scored for the Red Devils. Frazier Campbell, the Bluebirds top scorer, reduced for Cardiff and substitute Kim Bo-Kyunge made the equalizer hit at the 91st minute. They came from behind and just kept going. Cardiff sits in 15th at the table, with 13 points, three above the relegation zone. Not entirely bad for a club that is playing in the Premier League for the first time ever. Malky Mackay’s squad have already beaten City at home this season 0-3, so it seems Manchester is working as a charm for the Bluebirds. They could do with a couple of points more to distance themselves from the bottom a bit more. And certainly facing the League leaders is not the ideal match for that. But then again hosting United wasn’t either and they made it work.

Here we are, the last day of November and Arsenal remains at the top of the Premier League table with 28 points, 4 clear of the competition. Considering the fixtures they’ve had this month a single bump at Old Trafford is an impressive record. Wenger’s pupils beat Liverpool convincingly 2-0 at home, Dortmund in their home-court (0-1), Southampton and Marseille (2-0). Continue to question whether or not they are title contenders is just silly. The cynics now turn to Ozil and shout he can and must do better. Is he worth the 42 million pounds Arsenal paid for him? Probably is still early to tell. The fact is he’s a world class footballer, still adapting to a much different tempo and intensity. Plus he was never a player to shine the entire 90′. He goes through a match positioning, accessing, causing others to move as well. As Mertsaker said about his team-mate, “he is always a threat”. And he only needs an opportunity to make it count as recent games have proven. So stop fussing about a penalty shot. And the best thing is the 2013/14 Arsenal does not depend on Ozil or any other individual. Others such as Ramsey, Mertesaker, Cazorla, Wilshere, stepped up in different occasions.

The Gunners have a tough schedule ahead and Arsène Wenger must find a way to rotate his key-players without compromising the League position and secure the Champions League knockout stage. On paper Cardiff and Hull City are the best fixtures to do so, before they face Everton and Napoli. Gibbs was under the weather until two days ago so it’s only natural Nacho Monreal will take his place. Arteta, that didn’t start on Wednesday, could be chosen so Flamini can take the night off. Wilshere’s exhibition against Marseille could win him the spot beside the Spaniard. Theo Walcott is also a good bet for the midfield, allowing Ramsey to rest.

This is the Bluebirds début in the Premier League and that is never an easy ride. They are slightly clear of the bottom three and they are playing the hand they were dealt with. So far they seem to thrive with the biggest challenges so this should be a treat to Mackay’s men. Mesut Ozil & Co. are coming to town and 3 points will put them 7 apart of all contenders. Game on.