After failing to achieve their main goal of the season, wining the Europa League, Celta de Vigo now host Real Madrid this Wednesday night at Estádio Municipal de Balaídos, in Vigo, for the 21st round of the La Liga. The idea of turning all their focus to Europa League went the wrong way, with Celta de Vigo being eliminated of the european competition and even losing all the previous 5 games in La Liga. Real Madrid, on their turn, continues with an amazing form and arrive here after a very comfortable win against Sevilla, at Santiago Bernabéu, by 4-1.

Celta de Vigo are 13th placed in the La Liga table with 44 points, result of 13 victories, 5 draws and 18 defeats, with 50 goals scored and 63 goals conceded. The Celts have been falling in the league table and have no more objectives in the spanish championship, with the team might being, very likely, unmotivated after being eliminated from the Europa League, at the hands of Manchester United in the semi-finals.

The Galiza side focused entirely in winning the Europa League, what would provide them direct qualification to next season’s Champions League, but now they were not only eliminated from the competition but are also completely out of the race for european spots. Playing at home has always been one of the Celta de Vigo’s strengths, but lately that have been dropping to many points at home, with 4 defeats in their last 5 home games, winning the other one, with only 3 goals scored and 8 conceded. Eduardo Berizzo rested plenty of regular starters at the weekend, against Alavés, and will be at full strength here. The Celts are a team that scores goals with regularity, having good offensive strengths, but they are also one of the teams that concedes most goals in the league. 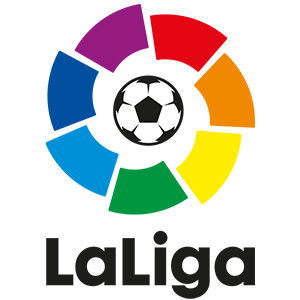 Real Madrid, on their turn, are 2nd placed in the La Liga table with the same 87 points than leader Barcelona, result of 27 victories, 6 draws and 3 defeats, with 100 goals scored and 40 conceded. This has been a very successful season for Real Madrid, who are now only dependent of themselves in order to conquer two tittles at their disposal, which are the european champion title, having to beat Juventus in the Champions League final, and the La Liga title, in which one win and one draw in these two final matches would be enough to be crowned champions. These last two matches of the spanish league are like two finals for Zidane’s men, who have been dealing very well with the pressure, getting great results at home and away from home.

In their last 5 away matches, the Merengues won them all, scoring 19 goals and conceding 7 in the process. In spite of Los Blancos defensive difficulties, they have a huge offensive power, being experts in counter attacks, taking very good advantage of the opposition’s errors, very dangerous in attacking set pieces, attacking down the wings and in creating chances through individual skill, with players like Isco, Asensio, Cristiano Ronaldo, Lucas Vázquez, among others, all capable of making the difference at any moment, all of them very fast and extremely talented. Los Blancos have already suffered at the hands of Celta de Vigo this season, being eliminated from the Copa del Rey, so they will try to get revenge here.

In their last 5 official games, Real Madrid has a record of 4 victories and 1 defeat. This sequence of results started with a 2-1 home victory over Valencia. This result was followed by a 3-0 home win against Atlético Madrid, for the Champions League, a 0-4 away win against Granada, a 2-1 away defeat against Atlético Madrid, for the Champions League, and in their last clash, a 4-1 home win over Sevilla. Gareth Bale and Carvajal, both injured, and Nacho, suspended, are all out for this game.

Celta de Vigo has only won 2 of their last 8 direct clashes, drawing 1 and losing the other 5.

Victory is the only acceptable result here for Real Madrid, and they shall confirm all their superiority on the pitch, having more talented players than Celta de Vigo. The Celts will be at full strength after some regular starters were rested at the weekend, and they should be able to create a few scoring chances as well.