All five of England’s Champions League representatives – Chelsea, Manchester United, Manchester City, Liverpool and Tottenham – published their parties for the group stages of Europe’s elite competition, on Monday, and there were some surprises.

Diego Costa out for the Premier League champions 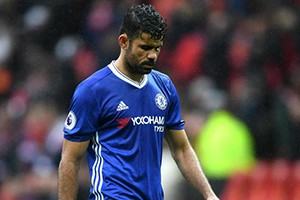 Diego Costa remains in Brazil as he bids to force a move to Atlético Madrid.

The rift between the Premier League champions and their top scorer has been underlined, with Antonio Conte omitting the Spain striker for his 25-man squad for the Champions League. However, Chelsea’s decision of leaving Costa out of their Champions League squad is not a huge surprise given the Spanish striker is yet to return to London from Brazil, with the 28-year-old seeking to force a return to Atlético Madrid, whose transfer ban means the Spain striker cannot move until January, at the earliest.

It was expected a deal of some sort would be agreed before January, given Costa’s one man protest, which followed Antonio Conte telling him via text message that he was not part of his plans, even though he scored 20 goals in 35 games as Chelsea lifted the Premier League trophy for the second time in three seasons. With the closure of the summer transfer window, Diego Costa remained a Chelsea player and is part of their Premier League squad, with the London club making it clear they want him to return to training at their Cobham base. However, it seems unlikely the Spain striker will do so, especially since he has accused Chelsea of treating him like a “criminal”.

Chelsea is part of Group C along with Atlético Madrid, Roma and FK Qarabag, with the Premier League champions facing the Azerbaijani side in their opening group match, on Tuesday, and Costa’s absence from their squad means he will not be cup-tied for Atlético Madrid should he complete a move to the Spanish club.

Janssen’s omission comes on the back of a terrible run of form for the Dutchman at Tottenham. He arrived from AZ Alkmaar for £18.5m just a year ago and with a reputation as one of the most exciting, and most promising, young strikers in Europe. However, he fell short of expectations as he has gone on to score just six goals in 39 appearances for the Spurs, and was available for a transfer during this recently summer transfer window, but turned down a loan move to Brighton.

The Lilywhites are part of Group H along with Real Madrid, Borussia Dortmund and APOEL, and will begin their Champions League campaign against the german side at Wembley, on Wednesday. The Spurs have included Fernando Llorente in their 21-man squad following the Spanish striker move from Swansea City for around £14m on deadline day.

Clyne out for Liverpool, Ibrahimovic in for the Red Devils

Liverpool’s decision to leave Nathaniel Clyne out from their 25-man squad suggests the defender’s back injury, which has prevented him from featuring this season, is more serious than first thought. The Reds are part of Group E along with Spartak Moscow, Sevilla and Maribor, and will face Sevilla at Anfield on Wednesday night in their first Champions League match for three years. Coach Jurgen Klopp have included Phillipe Coutinho in their squad after Liverpool rebuking Barcelona’s attempts to sign the Brazilian magician. 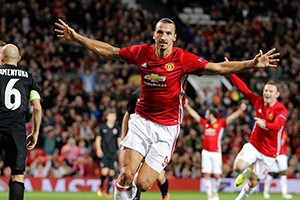 Ibrahimovic is back to Champions League.

For the sides of Manchester, Ibrahimovic rejoined United, last month, on a one-year deal until de end of the season, but is unlikely to play until de knockout stages should José Mourinho’s side get that far upon their return to the competition, with the Swedish striker suffering a knee ligament damage in April. Prior to that, Ibra had scored 28 times in 46 appearances for the Red Devils, having moved to Old Trafford on a free transfer in July 2016. Manchester United are part of Group A along with Benfica, CSKA Moscow and FC Basel, and will face the swiss side at Old Trafford, on Tuesday night in their opening Group A fixture.