Chelsea and Hull City meet at Stamford Bridge in a match for the FA Cup round of 32. After a run of results less satisfactory, Chelsea were able to get back to winning ways at the weekend at the expenses of West Bromwich, weren’t completely convincing but they did get a 3-0 win under their belt. Hull City, on their turn, could really do without a trip to Stamford Bridges as they are only one point above the bottom three in the Championship.

Chelsea reached this FA Cup stage after beating Norwich Town and Newcastle in the previous rounds. This is a competition that the Blues have already won 7 times in their history, with the last one in 2011/12, and since then they reached the semi-finals in 2012/13, and a final in 2016/17, where they were eliminated by Manchester City and Arsenal, respectively. After being eliminated from the EFL Cup by Arsenal, the Blues see in this competition their closest way to avoid finishing the season in blank.

Antonio Conte’s men are not in their best momentum, and the victory over West Brom at the weekend was just their third victory in their last 11 consecutive matches. Recently, even at home the Blues are having difficulties in scoring points, winning only 2 of the last 6 matches played here, losing once in the process, with a total of 7 goals scored and 4 goals conceded. However, they will try to build momentum ahead of a run of games against Barcelona, Manchester United and Manchester City. 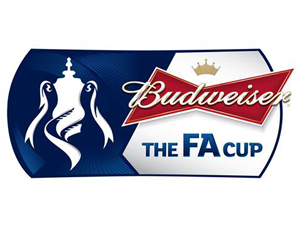 Hull City, on their turn, arrive here after beating Blackburn Rovers and Nottingham Forest. The team has never won the FA Cup in their history, but recently came closer to so, reaching the final in 2013/14 but ended up eliminated by Arsenal. The Tigers are not going through a good moment of from, they are in 21st place in the Championship with only 1 point above the bottom three, and although they won away to Nottingham Forest last time out, they haven’t won consecutive matches in all competitions all season, so it’s unlikely that will start now.

The Blades have only won 3 of their 18 away matches in all competitions this season, losing 10 of them, with only 13 goals scored and 26 conceded in the process. Besides having only beaten Chelsea four times in their previous 46 encounter,s and the last of those came back in 1988, they have never won an away match against Chelsea and have lost their last six matches, scoring in just one of those. Having said this, head coach Nigel Adkins may give priority to the Championship rather than risk facing problems with maintenance further ahead.

In their last 5 official matches, Hull City has a record of 2 victories, 1 draw and 2 defeats. This sequence of results started with a 1-0 defeat against Sunderland. This result was followed by a 2-1 victory against Nottingham Forest, for the FA Cup, a 0-0 draw at home against Leeds United, a 2-1 defeat against Preston North United, and in their last match, a 0-2 victory against Nottingham Forest. Ola Aina, Fikayo Tomori and Michael Hector are on loan from Chelsea and are therefore not allowed to play against their parent club on Friday night. Odubajo and Hernández are both sidelined due to injury.

Chelsea won 7 of their last 8 direct confrontations, drawing the other one.

Even with Chelsea not anywhere near their best at the moment, they still have more than what it takes to get a comfortable victory here. Besides, the Blues got a little dose of confidence after the victory at the weekend, and with Sheffield United’s difficulties away from home, the Blues will go through onto the next round.