After beating Portugal and Mexico, the national teams of Chile and Germany will fight for the title of this Confederations Cup on Sunday, at Krestovsky Stadium, in Saint Petersburg. Chile national team arrive here after beating Portugal in a penalty shootout, a game where they showed a greater will of wining than their opponents, and also played very well. Germany national team, on their turn, although they haven’t played as good as Mexico in the semi-finals, arrive here after trashing the mexicans by 4-1, facing the chileans once against in the competition.

Chile started by qualifying as 2nd placed in Group B with 5 points, staying behind their opponents in this match, result of 1 victory and 2 draws, with 4 goals scored and 2 goals conceded. In their last match in Group B, the chileans were a little disappointing as they failed to get a better result than a 1-1 draw against Australia, but in the semi-finals, against Portugal, they turned out to be a  completely different team, they had a huge fighting spirit since the first until the last minute and created several scoring chances, although they couldn’t finalize them.

The game was eventually taken into a penalty shootout, and they owe a lot to their goalkeeper Claudio Bravo, who defended the first three portuguese penalties, securing the victory for his national team. Against the germans, La Roja’s attitude won’t be any different, on the contrary, they should show a even greater fighting spirit and a stronger will since they defeated the european champions and reached the final. Chile have already shown that they are a fierce team and always fight with all their strength until the end, they never give up, have good organization in their midfield and count with two fast and talented forwards. Germany, on their turn, have been in a good form throughout the competition, they have qualified as leaders of Group B with 2 points ahead of Chile and had the best attack of the group stage, like  Portugal. In the semi-finals, the germans eliminated Mexico by 4-1, a result that doesn’t quite reflect what really happened in the match, since it was Mexico who created far more chances, had more ball possession and more shots on target, but they simply weren’t as efficient as Germany was.

The Mannschaft are here without many of their key-players, such as Neuer, Boateng, Hummels, Ozil, Kroos, Khedira, Muller, among others, with the coach Joachim Low preparing the next generation of german football, and the players are giving a very positive response. This is a very organized national team, there are experienced players in the defensive sector, although Germany have conceded one or more goals in all their matches in the competition, they also have an organized midfield with a lot of quality and game vision, and an attack with strikers gifted with great finalization power and eye for goal. This match against Chile won’t be easy, since they will face a very organized squad with a huge fighting spirit.

In their 4 matches in this competition, Germany has a record of 3 victories and 1 defeat. This sequence of results started with a 2-3 victory over Australia. This result was followed by a 1-1 draw against Chile, a 3-1 win against Cameroon, and in their last match, a 4-1 win over Mexico.

Germany won 2 of their last 3 direct confrontos, drawing the remaining one.

Germany arrive here with a, perhaps, more inexperienced squad than Chile, but does have a huge quality at its core. Germany have been showing a great offensive power, but have also been conceding goals in every matches in the competition, making it possible that both teams score, at least, one goal. 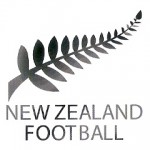