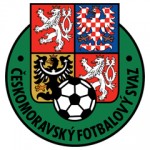 Czech Republic national team and Germany national team will face each other this Friday at the Eden Arena, in Prague, for the 7th round of Group C of the qualifying round for the 2018 World Cup. The czechs are making an unconvincing campaign in the competition and arrive here with little hope of proceeding to the next stage, needing to get positive results if they really want to qualify as one of the best 8 runners-up. Germany, on their turn, have met their expectations and are having a perfect course so far, winning all the six matches they played in this Group.

Czech Republic are in 3rd place in Group C with 9 points, result of 2 wins, 3 draws and 1 loss, with 9 goals scored and 5 goals conceded. Although the only defeat of the czechs has been at the hands of Germany, in the first round, their are not achieving a properly convincing performance and risk, once again, being outside of another World Cup. This national team led by Karel Jarolím is already 4 points behind 2nd placed Northern Ireland, and 9 points behind group leader Germany, so the best they can do is to fight for the 2nd place and try to access the play-offs as one of the best runners-up. There are a few well-known names in this national team, such as the defenders Selassie and Kaderábek, and the midfielder Darida, all lining up in Bundesliga teams.

In the 4 games they played this year, Czech Republic has a record of 2 wins, 1 draw and 1 defeat. This sequence of results began with a 3-0 win against Lithuania, friendly match. This result was followed by a 0-6 victory over San Marino, a 2-1 defeat against Belgium, friendly match, and in the last round, a 1-1 draw against Norway. 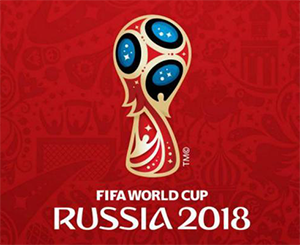 Germany, on the other turn, are isolated in the top of Group C with 18 points, result of 6 wins, and with 27 goals scored and 1 conceded. The germans are corresponding perfectly to the expectations and are absolute favorites to move forward in the competition, having the most prolific attack and the least-hit defense of the entire group stage. Coach Joachim Low has a roaster of top players at his disposal and has given himself the luxury of winning the Confederations Cup with the “german national team B”, leaving all the key-players out and taking with him younger players with less experience.

Mannschaft has plenty of quality and talent in every corner of a football field. Joachim Low counts with ter Stegen in goal, Kimmich, Rudiger and Hummels at the heart of the defense, among others, Toni Kroos, Ozil, Khedira, among others, in midfield, and Thomas Muller, Mario Gomez and Timo Werner in the attack. Germany are the current contender of the World Champion title, and four years after winning it, they remain one the most favorites to win the competition once again.

There have been 5 direct clashes between the two teams in the last 17 years, with Germany winning 3 matches and losing the remaining 2.

Germany clearly has a higher-quality squad and arrives here with only one goal, which is to win. Quality to achieve a victory here is something that Joachim Low’s side are not missing, with a comfortable German victory expected here.