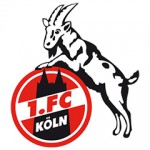 FC Koln and Werder Bremen open the 32th round of the Bundesliga this friday night at RheinEnergieStadion, in Cologne. With only one victory in their last six consecutive games, FC Koln has been losing ground in the race for european spots and have now a 3 point gap for 6th place, needing to react fast and take a positive response. Werder Bremen, on their turn, had already spent a lot of time in the relegation zone but, somehow, they had an impressive come back to life and are unbeatable in all their last eleven consecutive games, winning nine of them.

FC Koln are 8th place in the Bundesliga table with the same 42 points than 9th Borussia M’Gladbach, which comes from 10 victories, 12 draws and 9 defeats, with 43 goals scored and 37 conceded. After spending some time in the european spots, FC Koln had breakdown in their form and have been falling in the Bundesliga table since middle of February, having won only 2 of their last 12 consecutive games. The Billy Goats are, usually, a strong side at home ground, but lately they have been losing important points on home soil, haven’t won none of their last 2 games, and winning only 2 of their last 5, scoring 8 goals and conceding 9 in the process.

Defending set pieces and against long shots have been their most recent defensive difficulties, while offensively they are fast and strong in counterattacks and in creating chances using through balls. Anthony Modeste is the main offensive reference, the 3rd top scorer in Bundesliga with 23 goals scored, more than half of team’s goals. With only 3 points behind 6th place, which grants access to Europa League and is occupied by Werder Bremen, victory is an imperative factor for the Billy Goats if they really aim to take presence in next year’s Europa League.

In their last 5 official games, FC Koln won 1, draw 2 and lost the other 2. This sequence of results started with a 1-0 home victory against Frankfurt. This result was followed by a 2-3 home defeat at the hands of Borussia M’Gladbach, a 2-1 away defeat against Augsburg, a 1-1 home draw against Hoffenheim, and in their last clash, a 0-0 away draw against Borussia Dortmund. Risse Guirassy, Olkowski and Osako are all out due to injury. 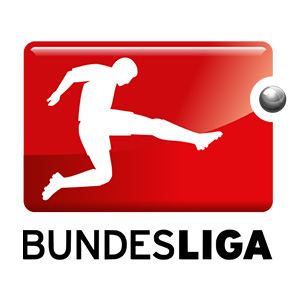 Werder Bremen, on their turn, are 6th place with 45 points, result of 13 victories, 6 draws and 12 defeats, with 52 goals scored and 51 conceded. Werder Bremen’s progress in this second part of the german championship have been, at least, fascinating. At the end of the 20th round of Bundesliga, their last registered defeat, in February 12, the Green-Whites were in the relegation zone and were showing the worst defense of the whole competition. Now, 11 rounds later, Bremen are going through a fantastic moment of form and register 9 victories and 2 draws in their last 11 consecutive games, and they went from 16th place to the 6th position in the table, which grants access to european competitions.

Their form away from home have been increasing as well, with Werder Bremen being unbeatable in their last 6 away games, winning 4, scoring 16 goals and conceding 8 in the process. Alexander Nouri’s men show, in every game, a huge willpower and are strong at coming back from losing positions, are very dangerous offensively, given their immense attacking quality on the break. Max Kruse is their main offensive reference, the 5th Bundesliga top scorer with 14 goals scored.

In their last 5 official games, Werder Bremen won 4 games and drew the other one. This sequence of results started with a 3-0 home win against Schalke 04. This result was followed by a 2-2 away draw against Frankfurt, a 2-1 home win victory against Hamburg, a 2-4 away win against Ingolstadt, and in their last clash, a 2-0 home win over Hertha Berlin. Hajrovic, Fritz and Caldirola are all out due to injury.

FC Koln has only won 1 of their last 8 direct confronts, losing 2 and drawing the remaining 5.

After an exponential rise in their form, and now in one of the european spots, it seems that Werder Bremen might have what it takes to continue their unbeatable streak and leave RheinEnergieStadion with, at least, a draw. All in all, expect this to be a hard-fought game between two rivals for a European finish.