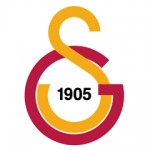 There is no around the headline, Didier Drogba, the men and the myth, is reunited with his former club, team-mates and manager. The only thing is he’ll be on the other side. An emotional encounter for this first leg of Champions League last 16, as Chelsea heads into Istambul to face Galatasaray. But for 90 minutes friendships will be set aside, a spot in the quarter-finals is at stake.

Drogba is a legend at Stamford Bridge and rightly so. He was there for eight years, his performances a comprehensive contribution to their successful run. It was his the goal that clinched them their first Champions League title, just before he left the club. Now he will be the opposition.
To reach Champions League knock-out stages Galatasaray had to beat Juventus for Group B’s second place. First was Real Madrid’s, no contest there, with 16 points to whom the Turkish lost twice, conceding 10 goals in the process. Galatasaray went on with 7 points, 1 more than La Vecchia Signora. It was not a walk in the park for then, not even a remotely dominant record – 2W, 1D, 3L.
Roberto Mancini’s side is 2nd in the Turkish Super League with 44 points, 4 adrift leaders Fenerbahce. Just last Sunday they beat Besiktas 1-0 in the local derby, leapfrogging the rivals in the table. With Aydin Yilmaz and Gokhan Zan back in action the Italian manager has no fresh injuries to worry about.

It’s not José Mourinho’s first time goes against his former player, and friend, Didier Drogba. It happened when Inter and Chelsea met a few years back and then last season, Real Madrid against Galatasaray. In fact the Portuguese will face another former player he is quite fond of, Wesley Sneijder.
The Blues started group stage staggering and that cost them an unexpected home defeat to Basel (1-2). Mohamed Salah’s transfer to Stamford Bridge begun on that September night, that’s when he caught Mourinho’s eye. Chelsea ended up atop of Group E with 12 points, leaving Schalke, Basel and Steaua Bucharest behind, wining every game except to the Swiss, twice over.
Last weekend John Terry once more justified his captain credentials netting a late head winner to secure the victory over Everton and the top of the League. With no recent knocks the defensive line should remain the same. Gary Cahill alongside Terry in centre-back, Ivanovic on the right, Cesar Azpilicueta on the left, solid selection throughout. On the opposite end Eto’o is Mourinho’s striker of choice. Marco van Ginkel is Chelsea’s only long-term casualty, January signings Nemanja Matic and Salah are cup-tied since they have already played for Benfica and Basel. With Oscar, David Luiz and Ramires facing fitness tests prior to the game, the Portuguese may be forced to a plan b. Will he play Frank Lampard, that stayed on for the 90′ against Everton? Or Obi Mikel? He has been known to switch to a 4-3-3 formation in the more demanding matches.

Galatasaray only lost 1 of their 20 home fixtures this season, to Real Madrid in mid-September. That stands for a 16-match unbeaten stretch. Chelsea are in pretty good form themselves – 27W/ 7D /7L in all competitions –, leading what is probably the most competitive league in the world. But a visit to the Turk Telekom Arena is never easy and the Blues will have their work cut out for then. The two teams met only twice before, in 1999/2000 group stage of the Champions League, both victories for the English side.