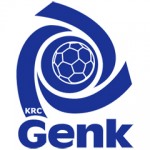 Genk and Celta Vigo face each other this Thursday night, at Luminus Arena, in Genk, for the second leg of the Europa League quarter finals. Despite their first leg defeat on Spanish soil, Genk managed to score two goals that might be crucial to get them through to the next stage of the competition and now have the home factor on their side, where they have already shown great record in the Europa League this season. Celta Vigo, on the other hand, could have achieved a better result in the first leg and now are forced to play in tough field, facing a complicated task in achieving the qualification.

Genk has been one of the surprises of the competition, starting this campaign by achieving the leadership of Group F, finishing ahead of Athletic Bilbao, and taking Astra Giurgiu and Gent out of their way to reach these quarter finals. In the first leg of this tie, the Belgians traveled to Celta Vigo’s home and quickly gained the lead on the scoreboard, but ended up conceding 3 goals in a row, all during the 1st half, and only managed to reduce to 3-2 in the second half. Despite the defeat, The Smurfs were at a good level and the two goals scored were crucial to keep the dream of advancing to the next stage alive. It is at Luminus Arena where this team is stronger, showing a good record when playing with the support of their fans, having won 4 of the 5 games in this competition, drawing the other one, and scored 8 goals and conceded only 2 in the process, keeping 3 clean sheets. For the first time in the club’s history, Genk has reached the quarter finals of an european competition, and is clearly showing signs of a team who wants to go further and continue making history, but will have to cope with great amount of experience from the Spanish side.

In their last 5 official games, Genk show a 3 wins, 1 draw and 1 loss record. This sequence of results began with a 1-1 home draw with Gent, for the Europa League. This draw was followed by 4-0 home victory over Lokeren, a 0-1 away win against Roeselare, a 3-2 away defeat at the hands of Celta Vigo, for the Europa League, and in they last clash, a 0-3 away victory over Kortrijk. Tino Susic, Marco Bizot, Karelis and Dant Vanzeir are all out due to injury. Celta Vigo, on the other hand, only managed to qualify as Group G runners-up, staying behind Ajax, but defeated teams like Shakhtar Donetsk and FK Krasnodar to the reach these quarter finals. The Celts were sloppy in the first hand and did not took advantage of the home factor, conceding a goal in the first 10 minutes of the first half, but were fast at reacting and reached the half-time winning by 3-1, although they have conceded another goal in the second half. Still, unlike in La Liga where they show a greater difficulty in winning away from home, the spaniards show a good momento away from their domain in the Europa League, where they have already won 3 of the 5 games, losing only at Ajax’s home, with a total of 8 goals scored and 4 conceded.

Coach Eduardo Berizzo made a lot of changes at the weekend, with the team winning at Granda’s home, and travels to Belgium with all the key-players fresh and ready to fight for the qualification to the next stage of the competition. Despite all their weaknesses at the defending part, Celta Vigo are an offensive side and very strong at shooting from direct free kicks and creating chances using through balls. Note for Iago Aspas, a very fast player and a counter-attack threat, as well as Guidetti who has a good finalization power.

In their last 5 official games, Celta Vigo show a 3 wins and 2 losses record. This sequence of results began with a 3-1 home win over Las Palmas. This victory was followed by a 3-2 defeat in Valencia’s ground, a 0-2 home defeat against Eibar, a 3-2 home win against Genk, for the Europa League, and in their last clash, a 0-3 away win over Granada. Giuseppe Rossi is out due to injury.

Celta Vigo won the only direct confront ever disputed.

With two offensive sides facing each other, it is predictable a game with many scoring chances for both sides of the field, and with both teams being able to get in the scoresheet.