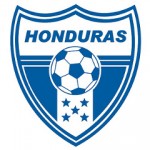 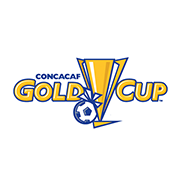 Honduras national team and Costa Rica national team will face each other at the dawn of Saturday, at the Red Bull Arena, in Harrison, for the 1st round of Group A of the Gold Cup 2017. Honduras show up here with a few matches played since the beginning of 2017, with the last two matches being for the qualification to the 2018 World Cup, but were unable of wining any of them. Costa Rica, on their turn, arrive here motivated and with confidence after beating Trinidad and Tobago for the qualification to the 2018 World Cup.

The Honduras national team have won this competition once in all their history, in 1981, and usually get good results in the Gold Cup. They reached the semi-finals in 3 of the last 4 editions of the competition, in 2009, 2011 and 2013, and failed to achieve the semi-finals in 2015. The hondurans are part of the Group A along with Costa Rica, French Guiana and Canada, a not group that is not properly easy, but in this competition the first 2 teams of each group can qualify to the quarter finals, while the two best 3rd placed are also qualified.

Los Catrachos have other competitions in hands, they are playing in the Copa Centroamericana (Central American Cup), where they have already qualified to the semi-finals, and are also trying to qualify to the 2018 World Cup, where they are facing some difficulties in getting good results. Of the 23 called up players to this Gold Cup, only two players play for european clubs, the midfielder Alfredo Meja playing for Xanthi, in Greece, and the forward Lozano, Barcelona B, with most of the rest of the players playing in the top tier of the Honduran football. Costa Rica, on their turn, have already won this competition twice in their history, in 1964 and in 1989. However, in the last couple of years, they are not getting success in the competition, achieving the quarter finals in 6 of the last 6 editions of the competition, but only once they qualified to the semi-finals, in 2009. Just like their opponent, Costa Rica are also competing in the Copa Centroamericana, a competition that they have won the previous two editions, although this time their campaign wasn’t properly positive, since they failed to reach the semi-finals.

However, in the 2018 World Cup qualification rounds, Costa Rica are getting very positive results and are 2nd placed, one of the three qualification places. La Tricolor have left the goalkeeper Keylor Navas, from Real Madrid, out of the competition, but brought a few good players that represent european teams, just like the defenders Giancarlo González and Bryan Oviedo, from Bologna and Sunderland, and the forwards Bryan Rodríguez and Joel Campbell, from Sporting CP and Arsenal.

Each of these national teams won 2 of the last 8 direct confronts, drawing the other 4.

The matches between these two teams are always tight and have very few goals, with both national teams showing greater concern with the defensive organization than scoring goals. However, Costa Rica have a few talented players that might be able to make the difference.