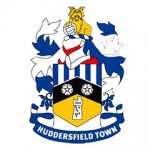 Huddersfield Town go up against Liverpool at John Smith’s Stadium, on Tuesday, for the 25th round of the Premier League. Huddersfield Town are going through a very bad moment of form and does not know the taste of victory since mid-December, a run of results so poor that leaves the team only 2 points above the relegation zone. Liverpool, on their turn, have lost two games in a row, as many as they managed in their previous 27 combined, and are now only two points clear of fifth and six adrift of second.

Huddersfield Town are in 14th place with 24 points, from 6 victories, 6 draws and 12 defeats, with 19 goals scored and 41 goals conceded. Huddersfield comes here without winning any of their last 6 consecutive Premier League matches, losing each of their last three, and are now only 2 points above the relegation zone, which leaves the team with an urge to get points as quickly as possible in order to avoid future problems in guarantying maintenance.

At home is where the Terriers are stronger, they have won 16 of their 24 points at John Smith’s Stadium, but failed to win any of their last 4 played here, having conceded 8 goals and only scored 3 in the process. The team failed to score a single goal in 3 of their 12 Premier League matches played at home this season, but have kept 5 clean sheets. The Terriers are the 3rd worst attack in the competition, and are the 5th team with more goals conceded, which can be a problem against a strong opponent like the Reds.

Liverpool, on their turn, are in 4th place with 47 points, from 13 victories, 8 draws and 3 defeats, with 54 goals scored and 29 goals conceded. Liverpool saw their fantastic record of 18 consecutive games unbeaten, in all competitions, come to an end with the unexpected defeat against Swansea City, followed by another defeat at home against West Bromwich, for the FA Cup, on Saturday. The Reds have good results even when they play away from home and they have only been defeated once in their last 7 Premier League away matches, winning 5, with a total of 21 goals scored and 7 goals conceded in the process.

Jurgen Klopp’s men have a great offensive power, standing out mainly for creating scoring chances through individuals skill or through attacks down the wings, with Salah and Firmino being the team’s best scorers with 18 and 10 goals scored, respectively. Liverpool ran out comfortable 3-0 winners in the reverse fixture back in October, which sparked an 18-game unbeaten streak for the Reds. Klopp will hope to use this match as a springboard for another good run of results.

In their last 5 official matches, Liverpool has a record of 3 victories and 2 defeats. This sequence of results started with a 1-2 victory over Burnley. This result was followed by a 2-1 victory against Everton, for the FA Cup, a 4-3 victory over Manchester City, a 1-0 defeat against Swansea City, and in their last match, a 2-3 defeat against West Bromwich, for the FA Cup. Bogdan, Clyne, Lallana and Klavan are all out due to injury.

Liverpool won the only direct confrontation since the beginning of the millennium.

Huddersfield are going through a win drought and need points to avoid falling into the relegation zone, while Liverpool will seek to take over the game in order to return to winning ways. A lively game is expected with some goalscoring opportunities.