Lazio and AC Milan are in action this Sunday at the Stadio Olimpico, in Rome, for the 3th round of the Serie A. Lazio started their campaign with the wrong foot after getting an unexpected goalless draw at home, against the recently-promoted SPAL, but were able to mend this error in the last round, winning in Chievo’s ground, with the victory goal scored in the last minutes of the match. AC Milan, on their turn, fell behind expectations in the last round of the league, after a uncomfortable win against Cagliari, at San Siro.

Lazio occupies the 9th place in the league table with 4 points, result of 1 win and 1 draw, with 2 goals scored and 1 goal conceded. This Rome side had a great start of the season after winning the Italian Super Cup against Juventus, but eventually failed to make the same perfect start in the Italian league, starting with a disappointing 0-0 draw at home against SPAL. Still, Lazio redeemed themselves in the last round, winning by 1-2 at Chievo’s home, with Milinkovic-Savic scoring the victory goal at the end of the match.

In the two matches they have played in Serie A this season, the Aquile demonstrated a style of play where they try to control the game in the opposition’s half and take a lot of shots, with their long shots being one of their greatest strengths in creating scoring chances. They also attempt to cross often in order to create more danger inside the penalty area. Ciro Immobile is their main offensive reference, with the Italian striker aiming to overtake his tally of 23 goals scored last season. Defensively the team has been equally strong, especially in aerial duels and in defending set pieces Felipe Anderson is out due to injury. AC Milan, on their turn, are in 4th place in the league table with 6 points, result of 2 wins, with 5 goals scored and 1 conceded. Milan started their official matches earlier than their opponents, having to qualify for the Europa League group stage since the 3rd qualifying round of the competition, eliminating Craiova and Shkendija. In the Serie A, the Milan side had a good start and lived up to expectations, starting with a strong win by 0-3 at Crotone’s ground, but then fell behind expectations in the last round, winning only by 2-1 at home against Cagliari, when it was expected much more than that.

Still, it is important to note that the Rossoneri have won all the 5 official matches they played so far this season, scoring 15 goals and conceding only 1 in the process. Il Diavolo invested heavily in the summer market and hired many young players, but with a huge talent and an enormous potential. Individually, the team is well served, but the 2-1 against Cagliari showed that the Rossoneri still have a lot of work to do before being considered contenders for top positions. In both Serie A matches, the Rossoneri showed some weaknesses, with difficulties in avoiding individual erros and in avoiding fouling in dangerous areas. But at least they were aggressive and never gave up on a single ball.

The Milanese have also shown several strengths. They are very strong in attacking down the wings, especially through the right side, and in shooting from direct free kicks. They also show a good capacity in finishing scoring chances. A win here would be very good for the team to gain confidence and motivation ahead of the clash against Austria Vienna, for the first round of the Group D of Europa League. Bonnaventura and Andrea Contia are both out due to injury, while Lucas Biglia seems to be back at full fitness after playing for Argentina during the international break.

Lazio have won 2 of the last eight direct clashes, with AC Milan winning 3 and drawing the remaining 3.

AC Milan have shown a better offensive capacity than the home team, but have also shown a greater defensive organization, which might be a problem here. Both teams are determined to fight for a top-four finish and this game will be a direct clash in the battle for a Champions League finish, so expect a very intense match with both teams to create several scoring chances. 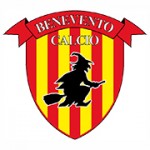