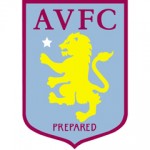 Liverpool play host to the Villains on Saturday with third-place on their minds, just in case Chelsea stumble against United. Of course none of that maters if they fail to beat Villa and secure the three points, so they better concentrate on doing their part. But then again, maybe the Midlanders have a different agenda.

Last Sunday’s travel to Britannia had all the marks that characterise Liverpool this season. They came out victorious 3-5 and once again were an exciting team to watch. Their killer instincts were right on and Luis Suárez and mates did not disappoint. The Uruguayan has 22 goals for 18 appearances, is the League’s top scorer and continues to exhibit great form. He’s involved and driven no matter who plays alongside him. The partnership with Daniel Sturridge boosted them both and the squad but when the English International’s injury didn’t deterred Suárez. He then connected with Philippe Coutinho, gave huge confidence to young Raheem Sterling, always trying to find new ways to push Liverpool onward. The problem is they do not have an air-tight defence and it’s probably what is compromising their spots amongst the top four. The Reds are 4th with 42 points, 4 behind Chelsea and 1 above Everton.
Sturridge picked up an ankle problem facing Everton in November and missed 9 games in all competitions. On Sunday he came in from the bench in the 66th minute and he did it in style, feeding Suárez for the fourth hit and scoring the fifth himself. Great news for Brendan Rodgers that may also welcome Sakho and Joe Allen to fitness.
Daniel Agger, José Enrique, Sebastián Cotes and Jon Flanagan will continue out. Mamadou Sakho is expected to be back to his fit self, does that mean he’ll be fielded?

Monday night Aston Villa were defeated 0-2 by Arsène Wenger’s men at Villa Park. Nevertheless their second-half performance was quite good. Arsenal struggled and Christian Benteke broke the spell that kept him from scoring since mid-September. Unfortunately for the Villains it was not enough.
Lambert’s side sit in 11th place with 23 points, as many as Hull City that stand above them.
Chris Herd, Libor Kozák, Jores Okore and Charles N’Zogbia are ruled out. Nathan Baker suffered a concussion against Arsenal and should be sidelined. Such a long list of injuries is always distressful particularly to a squad with limited options. Manager Paul Lambert moved swiftly to guarantee a couple of helpers, so far. Wigan Athletic agreed to loan Grant Holt to the Villains where he’ll be reunited with a gaffer he news well. Chelsea has accepted a similar proposal for Ryan Bertrand.

Liverpool have been showing an impressive form at home, twelve victories for thirteen matches. The only ones they fell to were Southampton (0-1). However, Aston Villa have some numbers going their way too. Since they’ve returned to the Premier League, in the 2009/2010 season, they have lost just once when visiting the Reds (2W/ 1D/ 1L). Last season, the corresponding tie ended with a 1-3 success for Villa. Benteke was in all the three hits, scoring two and laying the ground for Weimann’s. Can Anfield Road be the Belgium’s lucky charm?