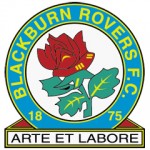 Visiting the Etihad this season has been a frightful move for any squad in the world. We can only imagine the anticipation Blackburn must be on traveling to Manchester for the FA Cup third-round replay. A week and a half ago they caught the Citizens off guard at Ewood Park and notched a shocking 1-1 draw. Now the surprise effect is over. What will be Rovers secret weapon this time around?

Manuel Pellegrini and his men travel to St. James Park on Sunday to secure the three points with a victory over Newcastle United. The unaware fan, acknowledging the 0-2 final score, may think it was another dominant Citizens show. Far from it. The Magpies stood their ground and the Light Blues had to work hard. Boyata was sent off and those final nine minutes lasted ages for the Citizens with Rovers believing they had a real chance to beat them. In the end having Dzeko and Negredo in your side of the pitch definitely increases your odds to succeed.
Eleven days ago City dropped the ball in the third-round of the FA Cup, underestimating the opposition. Well, overestimating themselves is more likely. They were, quite naturally following their latest performances, feeling “king(s) of the world” and forgot they had to play to win the match. Now they’ll have a second chance, at the Etihad, to go forward.
Sergio Aguero suffered a calf injury in the clash against Arsenal that kept him out for the last six fixtures. He’s reported to be working regularly with the team and he features in the squad sheet for the FA Cup tie. This could be the night. On the downside, Manchester City loses Samir Nasri for eight weeks. The French international hurt his knee when he was kicked from behind by compatriot Mapou Yanga-Mbiwa. He had to be carried out in a stretcher and for a while we feared for his World Cup presence. After that initial impact 8 weeks almost comes as a relieve. A blow for the Citizens miss on the amazing form Nasri has evidenced this season. Fortunately City has a couple of guys that can cope playing the wings, you may have heard of them, Jesus Navas and James Milner.
Nasri, Jovetic, Rodwell and Yaya Touré are all ruled out. Edin Dzeko is in doubt.

Blackburn Rovers are 8th in the Championship table, 17 points behind leaders Leicester City. Facing City at home is a daunting prospect but Gary Bower’s side is surely boosted by the fact they only lost one of their last five ties in all competitions. And, of course, the exhilarating feeling of standing up the Citizens.
The squad has no injury problems to worry about other than Leon Best. The 27 year-old forward’ fitness will be tested before the match.

Manchester City has won but one of their last ten fixtures in all competitions. Blackburn Rovers did it, forcing them to a 1-1 stalemate eleven days ago. Scott Dann has a story to share with his grandkids one day. If somehow they manage to push the Citizens out of the FA Cup it could turn into a proper fairy tale.