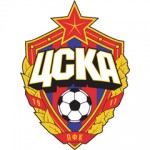 The fourth round of the Champions League Group Stage brings CSKA Moscow to Manchester to face City. The reverse fixture, played a fortnight, was overshadowed by Yaya Touré’s complaints of racist attacks from CSKA’s fans. The incident caused UEFA to declare a partial stadium ban for their next at home game. Let’s hope that is all in the pass and it won’t affect the game on Tuesday night.

The Citizens head into matchday 3 of the UEFA Champions League Group Stage flying high after routing Norwich City 7-0 this last Saturday. It was their biggest win ever in the Premier League and comes in a 5 for 5 league games victories at Etihad this season. The whole team just clicked but David Silva had a superb performance. Manuel Pellegrini and his men certainly had a weekend to remember and now it’s time to switch to Champions mode, and fast. CSKA Moscow are coming to visit and City must finish what they’ve started two weeks ago. Group D was a deadly affair from the get go, everyone knew that. Three rounds past Bayern Munich, as expected, counts as victories all the matches they have played. Viktoria Plzen, as also expected, counts all theirs for losses. Which leaves the middle contenders Manchester City and CSKA Moscow to fight for the other ticket to go beyond the Group Stage. So far the Citizens are ahead with 6 points (2 wins, 1 loss) versus the 3 CSKA has (1 win, 2 losses). And all they have to do to seal the deal is defeat the Russians at the Etihad on Tuesday. Unless Plzen manages a win over Bayern, witch is nearly impossible. Pellegrini confirmed that Costel Pantilimon will be his choice for the goal, leaving Joe Hart once again out on the bench. Kompany and Stevan Jovetic will also be on the sidelines.

It’s knock-out phase and if CSKA Moscow intend to be in the last 16 they absolutely need to make some points. Up to this moment they have a single not so comprehensive win over Viktoria Plzen (3-2) and two downfall with Bayern Munich (3-0) and Manchester City (1-2). But if CSKA were to defeat City this Tuesday all that could change and they would climb over the English team on the table. CSKA Moscow never won in England before and Manchester City is having an amazing record in at home games this season. The odds are clearly against them but they’ll have a go at it. Manager Leonid Slutsky is counting on Serbian midfielder Zoran Tosic to hit City where it hurts, as he did in the reverse game. Sadly, then his goal was no match for Aguero’s double. Maybe this time Seydou Doumbia, the Russian team’s top scorer at the moment, can give him a hand.

This Champions League campaign putted Manchester City and CSKA face to face for the first time. In fact it’s the first time City goes against Russian opposition. CSKA Moscow on the other hand has some experience with English teams: Chelsea in 2004, Arsenal in 2006, Man. United in 2009 and now City. Only with the Gunners have they succeeded. Now all bets are on. The scale is slightly tipping for the Citizens but the Russians have everything to lose. Do they have what it takes to turn this Group D’s Table?