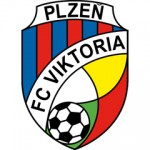 In what may turn out to be one of the rounds’ most unevenly balanced matches, Manchester City will host at the Etihad Czech champions Viktoria Plzen, still without a point from their previous four matches in the competition.

A mere point short of their best points tally in the Champions League (10 points in 6 games in 2011/2012), an already qualified Manchester City will be looking to guarantee their first series of three wins on the trot in Europe’s most important club competition. Even though they have only won three out of nine matches on the road this season, the Citizens’ home form has been nothing short of extraordinary so far, including a 6-0 mauling of Tottenham Hotspur last Sunday, with Kun Agüero and Jesús Navas each scoring twice – a result that has allowed them to climb up to fourth spot in the Premier League table. Eight of nine matches at the Etihad this season have yielded victories, with a barely believable 37 goals scored. On that front, Agüero has been particularly impressive, with 14 goals in 11 matches in all competitions and seven in his last six appearances in the Champions League (he is also 4th in the list of players with the most shots, only upstaged by Ronaldo, Hulk and Ibrahimovic). Negredo, in turn, has not been too shabby either, with four goals and one assist in his four appearances in the competition so far. On the assist front, Samir Nasri has provided more than anyone (four) in the Champions League, having seemingly found his rhythm at long last. However, City’s total of 4 errors leading to goals – the most of all teams in the competition – should offer food for thought, even though some such instance is not likely to pass next Wednesday. Manuel Pellegrini has confirmed that Joe Hart will start in goal, following a 5-match streak on the bench, but Kompany, Kolarov and Jovetic will all be unavailable.

Czech champions Viktoria Plzen hold the record no team wants to keep ¬– the most goals conceded in the competition, along with CSKA (12). Of those 12 goals, eight have been conceded in the second half, which will probably play into Manchester City’s hands. Their 5-0 humiliation at the hands of Bayern Munich at the Allianz Arena was their worst defeat in the Champions League, but they were significantly better in the 0-1 defeat against the same opponents in their own turf. Things have been better domestically after Friday’s 3-1 win against Zbrojovka Brno, which kept them second in the Czech top tier. The reliable Stanislav Tecl scored twice in that match, lifting his scoring record up to eight in 11 starts this season. Viktoria Plzen manager Pavel Vrba will be leading his team for the penultimate time in the Europe’s top competition, since he will be the head coach of the Czech Republic national team.

Manchester City have only lost once to a non-English in their own turf as far as European competitions are concerned (excluding qualifiers), and it was this season against Bayern Munich. This fixture has all the makings of a rather one-sided match, with Viktoria Plzen probably looking to sustain City’s ongoing slaughter and Pellegrini’s men looking for a restful game, having already qualified and about to enter the Premier League’s busiest schedule, an all too important set of weeks where a huge chunk of the title matter is decided.