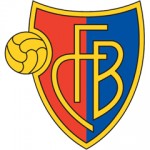 Manchester United and FC Basel are in action this Tuesday, at Old Trafford, for the 1st round of Group A of the Champions League. For the first time this season, Manchester United failed to get the 3 points in a Premier League match, drawing at Stoke City’s ground by 2-2, and now appears here without José Mourinho’s first choice centre backs, Phil Jones and Eric Bailly. FC Basel, on their turn, are going through a bad moment in the swiss football top tier, failing to win any of their previous three games, something very unusual for this team.

Manchester United are part of Group A of the Champions League, along with SL Benfica, CSKA Moscow and FC Basel. Since losing the Champions League final in 2010/11, against Barcelona, the english have reached the group stages by just 4 times, and weren’t capable of going further than the quarter finals, reaching them only in 2013/14, with the team no longer being the same european colossus as they once were. Still, under José Mourinho, this Manchester side have all it takes to return to big european stages and become, once again, a strong contender to win the trophy.

On Saturday, the Red Devils travelled to Stoke City’s ground where they a difficult match, starting the match by getting behind on the scoresheet, losing by 1-0, but managed to make a turn around the scoresheet by going 1-2, but ended up conceding the second goal and failed to win for the first this season in the Premier League. José Mourinho is doing a great job at the helm of this Manchester side, featuring a very well organized team defensively, who adopts a possession football through short passes in the opposition’s midfield, and attacks mainly both through the middle or down the right side.

Besides that, the Red Devils have excelled themselves in other offensive processes, such as by creating scoring chances through individual skill, by using through balls, long shots, attacking set pieces, and are very strong in finishing scoring chances. Still, in what is a seemingly easy match, Jose Mourinho’s side come into this match winless in their last three meetings with the swiss side. Besides that, both first choice centre backs, Phil Jones and Eric Bailly, are suspended leaving Jose Mourinho with a huge problem.

In their last 5 official matches, Manchester United have a record of 3 wins, 1 draw and 1 loss. This sequence of results began with a 2-1 defeat against Real Madrid for the European Super Cup. This result was followed by a 4-0 home win against West Ham, a 0-4 at Swansea City’s ground, a 2-0 home win over Leicester City, and a 2-2 draw at Stoke City’s home. Marcos Rojo and Ibrahimovic are out due to injury, and Phil Jones and Bailly are also out, both suspended. FC Basel, on their turn, participated in 5 of the last 7 editions of the Champions League, reaching only twice the round of 16, with the last time being in 2014/15, and always unable of going further. This is a dominant team in the swiss competitions, as they have won the swiss league last season for the 8th consecutive time, but they aren’t a team with history in the european competitions, since they end up finding teams whose respective championships are much more competitive and have more talented players.

Basel are going through a rare moment in the swiss league, since they are winless in the last three competitive matches, drawing 2 and losing 1. In addition to this, it is also importante to note their difficulty in winning in the Champions League as visitors, since they have only won 1 of the last 10 matches played in this competition. This trip to Old Trafford won’t be easy, as Mourinho’s side dropped their first points of the season at the weekend and he will want an immediate reaction from his players.

In their last 5 official games, Basel have a record of 3 wins, 1 draw and 1 loss. This sequence of results began with a 3-2 home victory against Grasshopper. This result was followed by a 0-2 victory at Wettswil-Bonstetten’s ground, for the swiss cup, a 1-1 home draw against Lugano, a 1-1 draw at FC Sion’s ground, and a 1-2 home loss against Lausanne.

In their previous 4 direct clashes, each team has won 1 match, drawing the remaining 2.

Manchester United are clearly favorites to triumph here. At home, with a better organized squad and with more talented players, the Red Devils gather all the factors to achieve a good victory in this match. The absence of both first choice defenders may cause some defensive instability, but this can be balanced with their high talent in midfield and with their huge firepower at the front.