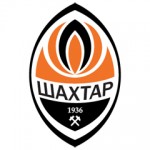 Tuesday night United host Shakhtar Donetsk for the last matchday of the Champions League group stage. Contrary to their home struggles in Europe David Moyes and his men are unbeaten and dominant. A much welcome distraction from their disastrous performance in the Premier League.

At the beginning of the season nobody would buy that 15 fixtures into the Premier League Manchester United would be 9th with 22 points, 13 behind the leader. Replacing Sir Alex Ferguson as manager of the Red Devils was never going to be an easy task, but it is proven to be David Moyes worse nightmare. The team has been up and down and the fans are losing patience. They beat Arsenal (1-0) at Old Trafford but have not secure the three points since. They have conceded to two consecutive 2-2 draws, against Cardiff and the Spurs, followed by two consecutive 0-1 losses at home, to Everton and Newcastle.
The Champions League run has been United’s safe place. In their last outing they’ve secured qualification by defeating Bayer Leverkusen 5-0, probably their best game this season. They have no losses and all they need to do to finish first in Group A is to maintain just that. And that spot will grant them the advantage in the next round when every detail can make a huge difference.
Wayne Rooney and Marouane Fellaini will be available after suspension. Moyes hinted the possibility of rotating the line-up, but with so many players ruled out it will not be easy to pull that off. United’s defence alone suffered a triple blow. Nemaja Vidic, Patrice Evra and Chris Smalling are sidelined. The first two have knocks and the third a hamstring injury. Michael Carrick (achilles) remains a long-term casualty and this match is probably too soon for Robbie van Persie to come back to play.

The Ukrainian League is now in a winter break and Shakhtar’s last fixture was a week ago, on the 3 rd of December . The side had time to rest and prepare for this decisive match, boosted by 4 straight victories in all competitions. The Shakhtar Donetsk head into this game in second place, one point behind the German. To qualify for the knock-out stage they’ll need to match Leverkusen’s result at La Real and if they manage a victory at Old Trafford they can go ahead as winners of Group A. History is not on their side, though. When visiting English team Shakhtar only avoided defeat once, a stalemate to Tottenham in the 2008/09 UEFA Cup, the year they won the trophy. Mircea Lucescu has an entire squad to choose from.

David Moyes desperately needs to end this Champions League Group Stage wining, it’s the only thing his team excelled in this season. The positive energy that comes with a victory run would do the players, the supporters and the manager a world of good to make their come-back in the Premier League.