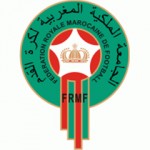 The Moroccan national team and the Netherlands national team measure forces this Wednesday at the Stade Adrar, in a friendly match where they will prepare for the 2018 World Cup qualifiers. The Moroccans arrive here after reaching the CAN 2017 quarter-finals, where they were eliminated by Egypt, and have already won 2 friendly matches since then, both in March. The Netherlands, on their turn, are far from their glory days, losing their last friendly match against Italy and are more and more away from the qualification spot in Group A.

Morocco are preparing for their first friendly match since March, where they have defeated Burkina Faso and Tunisia, and this tie will not only serve as a preparation game for the 2018 World Cup qualifiers, but also for the CAN 2019 qualifiers. In what CAN 2019 is concerned, the moroccans are preparing for the first Group B clash, where they will have to play against Cameroon, Malawi and Comores. In the 2018 World Cup qualifiers, the Atlas Lions are in 2nd place with 2 points, behind Ivory Coast, and need to improve their form in order to leapfrog Ivory Coast and reach 1st place, since it’s the only one who secures access to Russia in 2018.

Netherlands, on their turn, have been too much bellow expectations in the recent years, starting to disappoint their own people when they failed to qualify for Euro 2016. After being defeated against Bulgaria, in the 5th round of Group A, and losing at home against Italy in a friendly match, both in March, the Clockwork Orange hired Dick Advocaat as head coach in order to enlarge their chances of making it to Russia in 2018.

In Group A, of World Cup qualifiers, the dutch’s are in 4th spot with 7 points, and with France in 1st place with 13 points, there are now few hopes of proceeding to Russia. This is a national team with plenty of talent and quality, since there are several players who play for some of the Europe’s greatest teams, like Cillessen, goal-keeper in Barcelona, Daley Blind and Stefan de Vrij, Manchester United and Lazio defenders, Sneijder, Wijnaldum and Strootman, Galatasaray, Liverpool and AS Roma midfielders, and Arjen Robben and Memphis Depay, Bayern Munich and Lyon forwards. It is just a matter of time before Dick Advocaat rise the Netherlands potential to their fullest.

In their last 5 official games, Netherlands have a record of 1 victory, 1 draw and 3 defeats. This sequence of results started with a 0-1 defeat against France. This result was followed by a 1-1 draw against Belgium, a 1-3 victory over Luxembourg, a 2-0 defeat against Bulgaria, and in their last clash, a 1-2 defeat against Italy.

Each team has won 1 of the last 2 direct clashes.

The Netherlands have a squad of players with higher experience, talent and quality than Morocco. However, in their last matches all this quality have been hidden, which led to Dick Advocaat’s hiring for the 3rd time. Under the influence of the new coach, the Clockwork Orange might have a chance of getting a positive result here.