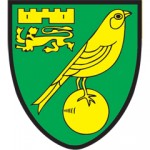 Hosting the Spurs is not a welcome prospect for the Canaries. Norwich City’s form at home has been quite unimpressive – 4 wins, 5 draws and 4 losses – and they will be up against a side that have been quite successful on the road – 9/2/2. Under Sherwood they are yet to lose an outing. Nevertheless, the Canaries kept a clean sheet in their last 3 League home games. Those that don’t concede can’t lose, a motto hold dear for clubs fighting for survival.

Chris Hughton’s men in big trouble. Norwich sits in 16th with 25 points, just one above relegation zone. Just last week they fell to West Ham 2-0 and there’s been a while since their last League victory, five weeks to be exact. A major reason for the pickle they are in is the squad’s fire power, or lack of. Gary Hooper has only 5 goals in League games and he is still their top scorer. Exactly as many the team scored in their last 11 Premier League fixtures. Ricky von Wolfswinkel and Johan Elmander are a complete nullity, the first netted once this season in the League, the second is yet to do it.
The Canaries need a positive result, and the inherent points, and they need it now. But it’s unlikely it will happen on Sunday.
Jonas Gutierrez, Michael Turner, Johnny Howson and Elliott Ryan Bennett,will miss out through injury.

The Spurs are 5th, 3 points behind Liverpool, with 50 points. The good form they have been exhibiting feeds their expectation to reach that rewarding 4th spot. But unlike their contenders they have more than Premier League to worry about. Last Thursday Tottenham traveled to Ukrain to face Dnipro in the first leg of Europa League’s round of 32. Tim Sherwood expressed his excitement to be involved in European competitions but decided to give his lesser used players a test run. That included leaving a hand-full of key men in London, sparing them the journey and rigors of the Ukrainian winter. Lloris, Kaboul, Lennon, Walker and Adebayor gave way to Fridel, Naughton, Capoue, Chadli and Soldado. This rotation, necessary or overconfident, may have cost them the three points away. Dnipro have a strong, intelligent and fast pace attack. Yevhen Konoplyanka justified on the pitch Tottenham and Liverpool’s interest in him. Along with team-mate Zozulya they worked the British defenders pretty well. Promoting changes in the back-block is always risky, routines and complicity play a major role in a solid defense. Leaving Lloris and Adebayor out was Sherwood’s real gamble. The two of them have made the difference in Tottenham’s good stretch of results. Brad Fridel performance was nothing but competent. As for Soldado, well, he tries but clearly suffers with low self-confidence. He makes the right moves but when faced with a clear opportunity you can sense his hesitations.
Erik Lamela, Sandro and Vlad Chiriches continue their recovery.

The Spurs won all but one of their last 10 League ties against Norwich City, the exception being a 1-2 victory for the Canaries at White Hart Lane roughly two years ago. Six of those matches happened at Carrow Road, the north Londoners wining 4 and drawing 2.