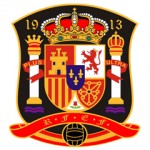 The U21 national teams from Portugal and Spain will face each other this Tuesday at Stadion GOSiR, in Gdynia, for the 2nd round of Group B of the U21 European Championship. After being defeated against Sweden in the Euro U21 in 2015, in a penalty shoot-out, Portugal arrive here once again in search of success and they are already motivated after a solid 2-0 win over Serbia. Spain, on the other hand, are here very confident of themselves after a devastating 5-0 win against Macedonia, wit Marco Asensio scoring a hat-trick.

Portugal U21 have never won this competition and count already with two lost finals, in 1994 against Italy and in 2015 against Sweden. Two years after finishing as vice-champion, the Hopes entered once more in the competition with their right foot and won their first match in the Group B, beating Serbia by 2-0 and, after facing Spain, they still have to face Macedonia. There are a great quality in this portuguese squad, with a very strong backbone, with Varela in goal, defenders like João Cancelo and Rúben Semedo, midfielders like Rúben Neves and Renato Sanches, and forwards like Gonçalo Guedes and Diogo Jota, among others.

The head coach Rui Jorge have been doing a great job over the past few years but will have a very difficult task here, having to face a very strong national team like Spain, with a lot of huge quality players. The Hopes need to make here another one of their strong entrances and take as much advantage of the quality of their forwards as possible. The last time that Rui Jorge’s men were defeated was in March 31 in 2015, against Czech Republic in a friendly match. There are more than the 3 points at stake here, since in all likelihood a winner in this match will all but certainly top the group and secure safe passage to the semi-finals.

In their last 5 matches, with the first 4 being friendlies, Portugal has a record of 4 victories and 1 draw. This sequence of results started with a 3-1 win over Czech Republic. This result was followed by a 1-1 draw against Netherlands, a 3-1 win over Norway, a 0-1 win against Germany, and in their last clash, a 2-0 win over Serbia. Spain U21, on their turn, have already won this competition 4 times, in 1986, 1998, 2011 and 2013, and arrive here with a lot of favoritism to get their 5th title. The spaniards are very confident after a devastating 5-0 win against Macedonia, with goals from Ñíguez, Marco Asensio (hat-trick) and Deulofeu. La Rojita possess a superb quality in their squad, with Arrizabalaga as goal-keeper, with defenders like Bellerín, Gayá and Vallejo, midfielders like Ñíguez, Denis Suárez and Llorente, and forwards like Marco Asensio, Deulofeu and Sandro Ramírez.

The spaniards are undefeated since April 25 of 2016, and are aware that a victory here would not only take them to the semi-finals,but would also erase a great title contender. Most of La Rojita’s players represent spanish teams, they know each other well from La Liga, and there a lot of organization in midfield as well as a huge offensive power. This is a national team that counts with some players that represent some of the great spanish, and european, clubs.

Both teams are very well organized, they are cohesive at the back and have a lot of offensive power. Expect a very tight affair with a lot of intensity, with goal opportunities at both sides of the pitch.