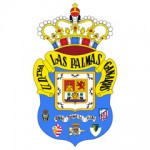 After two consecutive defeats, Real Madrid returns to the Santiago Bernabéu where they will host Las Palmas this Sunday night, for the 11th round of La Liga. Real Madrid come into this clash after two consecutive defeats, the first time this happens since January, with the defeat at the hands of Tottenham being the heaviest during Zinedine Zidane’s reign as head coach. Las Palmas, on the other hand, arrive here in very bad form, unable of wining a single match for La Liga since league’s 4th round.

Real Madrid are 4th placed in La Liga table with 20 points, result of 6 wins, 2 draws and 2 defeats. Wednesday’s defeat against Tottenham in the Champions League was the Merengues heaviest defeat suffered under the orders of Zinedine Zidane, and it is also the first time since January they suffer two consecutive defeats. This has been an unacceptable campaign for the current Spanish title-holders ad the current two-time european champions. In the 5 matches played at home for La Liga, Real Madrid won 2 and drew 2, losing only 1, with 8 goals scored and 4 goals conceded.

With this disappointing sequence of results, Zidane is starting to feel some pressure and there was plenty to be improved upon heading into this match, with one of those things being their defensive organization, with Los Blancos suffering goals in almost every match. In addition to this bad defensive moment, the Merengues are also facing a very unusual lack of finalization power. Still, against a team in such defensively bad form, this may be a golden opportunity for the Merengues to get back to strong wining ways.

In their last 5 official matches, Real Madrid has a record of 2 wins, 1 draw and 2 defeats. This sequence of results started with a 1-1 draw against Tottenham , for the Champions League. This result was followed by a 3-0 win against Eibar, a 0-2 win against Fuenlabrada, for the Copa del Rey, a 2-1 defeat against Girona, and in their last match, a 3-1 defeat against Tottenham, for the Champions League. Kovacic, Bale and Carvajal are out, due to injury. 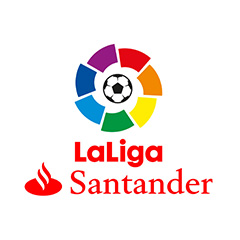 Las Palmas, on their turn, are 18th placed in the league table with 6 points, result of 2 wins and 8 defeats, with 8 goals scored and 25 conceded. Las Palmas are going through a very bad moment this season and are sitting in the relegation zone after 6 consecutive defeats in the Spanish league, being 2 points bellow the safety zone. Los Amarilos fired Manolo Márquez at the end of the 6th round and hired Pako Ayestaran as head coach.

However, the change of manager had no effect in the team’s form, with Las Palmas losing all the following games under this new manager, wining only against Deportivo for the Copa del Rey. In their 5 away games for the Spanish league, Las Palmas won only 1 and lost the remaining 4, scoring only 3 goals and conceding 10 in the process. Overall, this is the team with most goals conceded in the league, and the 3rd with least goals scored. This bad moment seems to have no end and this trip to the Bernabéu only tends to make things worse for Pako Ayestaran’s side.

Real Madrid won 2 of the last 4 direct clashes played in the last 15 years, drawing the remaining 2.

Even in a bad moment and with lack of effectiveness in the attack, this is a must-win game for Real Madrid, and here the Merengues have everything at their disposal to get their confidence back and to turn this match into a goal festival.