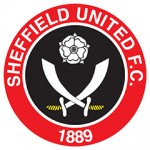 Fulham visit Bramall Lane on Sunday for the fourth-round of the FA Cup to face the League One outfit. They better not do it lightly. I’ll have you know Sheffield United has quality and spirit has I’m sure Aston Villa would agree. Struggling Cottagers have their work cut out in Yorkshire to move along in the competition.

To get to the last 32 Nigel Clough’s side had to overcome Aston Villa three weeks ago. No small accomplishment for a League One squad. The Villains were the one’s held Liverpool to a draw recently at Anfield. And yet the Blades went to Birmingham determined to be successful. Jamie Murphy netted first, Nicklas Helenius made the equalizer and at minute 81 Ryann Flynn secured the winner that sent Villa off. If they could do it once why not twice, that’s what the Sheffield’s men must be thinking right now.
Clough is a few men down. Striker Billy Paynter, midfielders Elliot Whitehouse and Callum McFadzean, all ruled out due to injury.

Fulham are just hovering above relegation zone, not the place would expect them to be. In the last ten fixtures they had 3 wins, 1 draw and 6 defeats, not exactly the resolute turn-around their supporters were waiting for. They also have the worst defence in the Premier League, conceding 48 goals, ten more than Cardiff that follows in the rankings. That’s over 2 per game. They need a positive result to lift some weight from the players shoulders and gain some kind of momentum. Swansea is just around the corner and the Cottagers really can’t afford to lose any more points.
Fulham have shown interest in Porto’s midfielder Steven Defour. The Belgium expressed a wish to play in England before and was even under Sir Alex Ferguson’s radar in the time he wore the Standard Liege shirt. He’s not having a lot of time on the pitch at Porto and he needs it to make the national team in the Brazil World Cup. He could bring some creativity and passing skills to the Cottagers hard-working midfield. The question is will Porto release him? Big Sam publicly admitted there was a chance Ravel Morrison, West Ham’s top scorer, could be heading to Craven Cottage.
Fernando Amorebieta (knee) is the only casualty for Meulensteen to worry about.

The Cup fixture could work as a break from the ordeals both side have been through in their respective Leagues. Sheffield United are 17th place in League One with 26 points gathered in as many matches — 6 wins, 6 draws and 10 losses. On the other hand René Meulensteen side is 19th with 19 points, one clear of the trio that is sitting in relegation dog-house. Fulham could use a boost and going far in the competition would certainly do it. But statistics tell us the Blades have not lost any of the five FA Cup ties they had against the Cottagers — 4W, 1D. Let’s rewind, who’s the under-dog again?