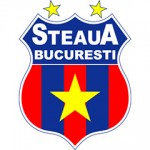 Tuesday night Chelsea will take on Steaua Bucharest, a great opportunity to shake the disappointing start in the Champions League Group Stage. But if the surprisingly Blues loss 1-2 to Basel at Stanford Bridge needs a turn around so does the heavy 0-3 defeat Steaua suffered against Schalke.

In Romania Steaua is ruling: 6 wins and 1 draw, 19 goals and only 5 conceded, earn them the first place in the Romanian League with 19 points. However this strength does not show in the international challenges. Does Steaua have what it takes to make a stand in Group E? Gelsenkirchen, two weeks ago seemed like a no. Alexandru Chipciu, midfielder, and Stefan Nikolic, forward, are still out with injuries but everyone else is available for Coach Laurentin Reghecampf.

José Mourinhos’s return to the Premier League has not been as brilliant as many expected. Surely, Chelsea‘s squad is filled with amazing talent but is also very young. Mourinho knows that takes time and work to make this a team of his own. The loss to Basel at home was unexpected and a definite wake up call, it was time for the Blues to step up their game if they intended to be a first rate winning team. Since that slip Chelsea won to Fulham 2-0 and Swindon 0-2, drawing with Tottenham 1-1. Hazard got injured in the ankle in this last game against the Spurs and did not travel with the squad. Marco van Ginkel will be absent for six months due to knee surgery and Kevin de Bruyne, who’s performance in the Capital One Cup didn’t seem to impress Mourinho, was cutted off from the 20. Mata stood his ground against Totteham, and his performance along with Hazard’s casualty should grant him a place in the starting team. It is possible that the Chelsea’s manager takes the chance to spare some of the more experienced players, such as John Terry or Frank Lampard. Fernando Torres is expected to start up front even though he faces a suspension in the Premier League, after being sent off in White Hart Lane for an altercation with Jan Vertonghen.

Steaua and Chelsea faced each other last season, in Europa League. In the National Arena, in Bucarest, Steaua won the first round 1-0. But the Blues turned things around in Stanford Bridge with a clear 3-1 victory and went ahead to win the competition.

In theory the strongest and the weakest teams of Group E are playing each other this Tuesday night. Will the practice of football confirm that? Both started the Champions League Group Stage with a loss and cannot afford to lose any more points. José Mourinho and his players could do with a galvanizing win, and the points that come with it. But for that to happen Chelsea must be on top of their game, highly concentrated. Can Steaua match that?