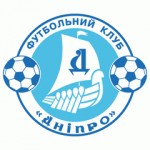 As expected Tottenham’s excursion to Ukraine was not an easy pick. The Spurs fell at Dnipro Arena, courtesy of the usual suspect Yevhen Konoplyanka. The second leg brings former-boss Juande Ramos back to White Hart Lane and he would love the opportunity to pull one over Levy in his home court. So far the Ukrainians have the upper hand. Will they be the ones going forward in the Europa League or can the north Londoners turn things around?

This was probably the worst moment for Louis van Gaal’s hints suggestion he could replace Tim Sherwood at White Hart Lane. The in-house solution that took over when André Villas-Boas was sacked raised a lot of doubts and he always claimed he was there as long as the board wanted him there. His formation’s and choices were frequently questioned but the fact is he delivered sufficient results to buy him some time and trust. The Spurs are in fifth place with 50 points, 5 clear of Manchester United and Everton, and just until last weekend they have been closing on forth seed Liverpool. Suggesting Sherwood has an expiration date, regardless of the results, undermines the players confidence in his decisions. The club could do without this background disturbance after two consecutive losses and prior to a decisive European tie.
Sherwood left a hand-full of regular starters out of the first leg, didn’t even travel with the team. Hugo Lloris and Emmanuel Adebayor – possibly the two most valuable players in Spurs successful run of late – were two of them. Lloris had a convincing replacement in Brad Friedel, the 42-year-old veteran was always alert and confidant and a penalty is a 50-50 chance. The same can’t be said for Adebayor’s substitute. Soldado continues to struggle with confidence issues. He had a ridiculous miss and every time he touched the ball Tottenham’s fans sighed for the Togolese effectiveness.
The trip back and forth to Ukraine, or was it the loss, took it’s toll on the squad. Last weekend they had their second defeat in a row, something that hadn’t happen since Sherwood is in charge. At Carrow Road, facing a side that is in risk of relegation, the player did not show enough resolve and energy to beat their host. Fatigue alone can’t explain it all, some of the men in poor form were spared in mid-week action. Now they will have change into their more competitive chip. They won’t have another chance of progression.
Midfielder Sandro will be back in contention for this match following two months on the sidelines. Lamela, Chiriches, Kaboul, Capoue, Sigurdsson, and Walker will miss out through injury.

Juande Ramos had his day on the first leg. His squad pressed heavily on Tottenham’s back-line for the first half-hour, Matheus and Konoplyanka’s incursions particularly threatening. Yevhen Konoplyanka met the expectations both his manager and Tottenham’s and Liverpool’s scouts raised about him. Last Thursday he spread his class and passing skills all over the pitch. He then converted the penalty shot that got Dnipro a precious home victory. Quite impressive result considering the Ukrainian League is in it’s winter break and they hadn’t played a competitive fixture since December. Just think of Zenit and how they struggled to get into their Champions League tie.

Tottenham or Dnipro, whom ever goes through, will find either Paok or Benfica in their path. So far the Portuguese club has the lead after a 0-1 away victory.