With the next transfer window getting closer, and with some player’s contracts about to expire in the summer, there more and more rumours about possible transfers, many of them involving players like Antoine Griezmann, David Luiz, Gareth Bale, Ozil, Danny Rose, among others.

Mourinho is looking for lefties 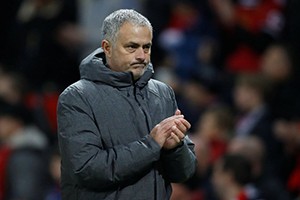 Alarmed at the balance of his squad, Mourinho is targeting four lefties in order to bring them to Old Trafford: Tottenham Hotspur’s Danny Rose, Real Madrid’s Gareth Bale, Atlético Madrid’s Antoine Griezmann, and Arsenal’s Mesut Ozil, although it is very likely that United will nab Ozil before the german’s contract runs out next summer. However, this a two-horse race for the Arsenal’s midfielder, with Barcelona also wanting the german player. The La Liga leaders looking to strengthen their squad in January and reckon that Ozil would fit the bill.

Unfortunately, Lionel Messi is now dictating transfer policy at the Camp Nou, and he doesn’t seem to rate Ozil. The argentine star has also told Barcelona not to sign Griezmann because of fears that the frenchman might reduce Luis Suárez’s playing time, and instead wants them to reignite negotiations with Liverpool’s Philippe Coutinho.

According to Spanish media, Harry Kane has also spoke that he fancies a move to Real Madrid. Meanwhile, Tottenham plans to replace Rose with Fulham’s Ryan Sessegnon. The Spurs could also make Gareth Bale their new left-back, if he manage to avoid being injured all the time. 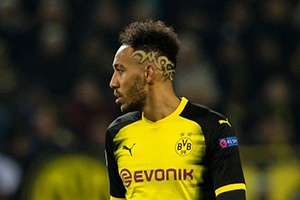 Aubameyang set to leave Dortmund.. Well, with the german club bad moment, who could blame him?

Reportedly, Chelsea have been offered the chance to sign Borussia Dortmund’s Pierre-Emerick Aubameyang, while Dortmund plans to console themselves by signing Angel Gomes from United. Speaking of Chelsea, David Luiz remains in Antonio Conte’s bad books, having reacted badly to being substituted during Chelsea’s 3-3 draw against Roma, in the Champions League, and the Brazilian has played only four of Chelsea’s eight matches since. With things looking bad between the Brazilian defender and the Italian coach, according to reports on Wednesday, Real Madrid re monitoring the breakdown in relations between player and manager with interest and could try to sign the Brazilian in January.

In Italy, there are reports that Chelsea plans to sign Juventus left-back Alex Sandro in January, while the Italian champions will sign his Atlético Madrid counterpart Filipe Luís as a replacement. Atlético Madrid’s Croatian right-back Sime Vrsaljko is also reported to have told the club he wants to leave since there are two clubs interested in him, Manchester City and Napoli. The Spanish newspaper Marca claims Naples is the player’s destination. And speaking about Manchester City, the Citizens are targeting Real Sociedad’s centra-back Iñigo Martínez, with Eliaquim Mangala most certainly be sold next summer having made just three starts this season, while the club are ready to offer David Silva and Leroy Sané bumper new contracts.