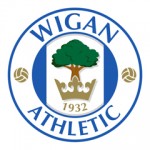 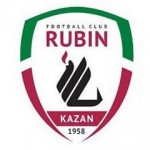 The Latics ticket to the UEFA’s Europa League group stage was wining the FA Cup, beating Manchester City 1-0 at Wembley Stadium, the team’s first ever major trophy. Quite an achievement.
So they know for them this is history in the making. Thursday night, at the SW Stadium they are not about to go down easily. Watch out Rubin Kazan!

Wigan has surprised a lot of people so far, collecting 4 points from their first two games in the Europa League. In September they travelled to Bruges and got a stalemate from Zulte Waregem (0-0), then on Matchday 2 they hosted NK Maribor and scored a 3-1 home victory, forward Nick Powell netting twice. A success on Thursday over the Russian side would allow them to raise to the top. The game is the first of a double header against the Russian Premier League side with the reverse fixture taking place early November.
The Latics will hope home advantage will prove crucial, though they head into the match in shaky form. A welcome relief from their indifferent league form, now they sit 13th in the Championship (lost 3 of their last 6 matches). Just last weekend they were defeated by Blackpool, at Bloomfield Road (1-0).
Grant Holt returned from a knee injury off the bench against Blackpool and could come into contention for a starting spot, but Shaun Maloney, Ivan Ramis, Gary Caldwell and Ali Al Habsi remain long-term absentees. Manager Owen Coyle can call upon Grant Holt to lead the attack. Winger Jean Beausejour is likely to be on the lineup.

Rubin Kazan is topping the Group with maximum points from the couple of games they played so far. A 5-2 rout in their opener away at Maribor was followed by a 4-0 home win over Zulte Waregem. The Russians are competing in a UEFA group stage for the fifth straight season. Last time around in the Europa League they even made it to the quarter-finals when they were sent home by Chelsea, on a 4-5 aggregate. But much like their next contenders they too have had a bumpy start to their domestic campaign, being at mid-table, having just 16 points from 13 matches in the Russian Premier League – 3 victories, 7 draws and 3 losses.
They have been face-to-face to English opposition and managed to win half of those clashes, to Tottenham(1-0) and then Chelsea (3-1), both at the Tsentralny.
French international Yann M’Vila is expected to star in the midfield, Israeli Bibras Natkho is a strong option for the advanced role. Striker Jose Rondon is still out with a fractured metatarsal.

The two teams never met before and this is Wigan’s first encounter with a Russian side. The Latics would like to maintain this undefeated streak in the European clashes. But can they really be a match for an tough squad, experienced in the UEFA’s competitions? Owen Coyle’s side scored their first goals and victory on matchday two, Rubin Kazan netted nine already. It may take a lot of sweat and some tears but maybe, just maybe, this could become a glorious night for the Wigan Athletic.